The intersections support the company’s focus on growing its high-grade gold resource base at the project and developing a significant stand-alone gold mine.

Vango owns 100% of 45 granted mining leases that cover over 80% — or more than 40 kilometres of strike — of the world-class Marymia Belt and include six major gold corridors extending from Superior Gold Inc.’s multi-million ounce Plutonic Mine (5.5Moz gold). 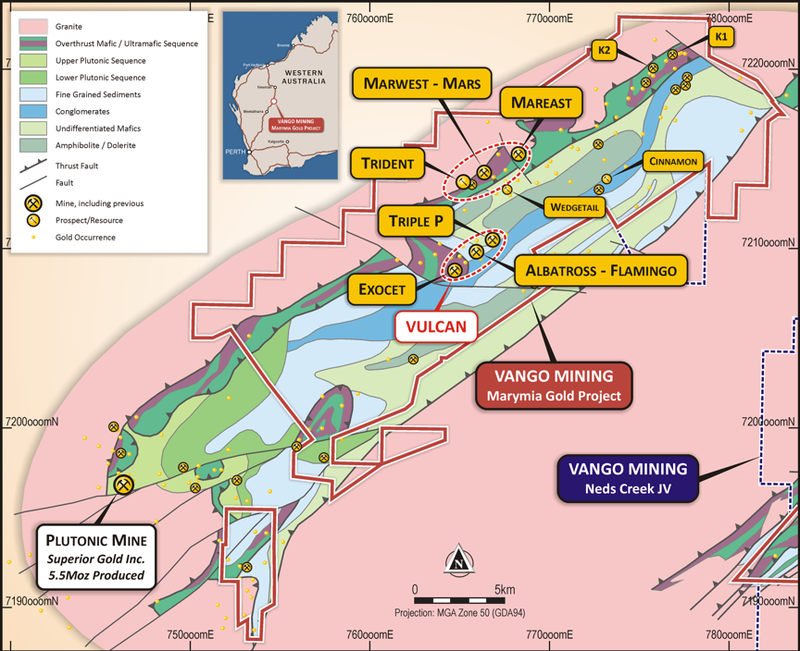 These exceptional gold intersections came from a new, very high-grade, gold zone below the Albatross-Flamingo open-pits at the Marymia project, and include the highest-grade new intersections produced by Vango to date.

Intersections from VAFRC0001 — the first of 11 completed, wide-spaced, reverse circulation (RC) drillholes for 1,852 metres below the Albatross and Flamingo historical open-pits —­­­­ include:

Vango notes that results from a further 10 holes recently completed at Albatross-Flamingo to still to come. 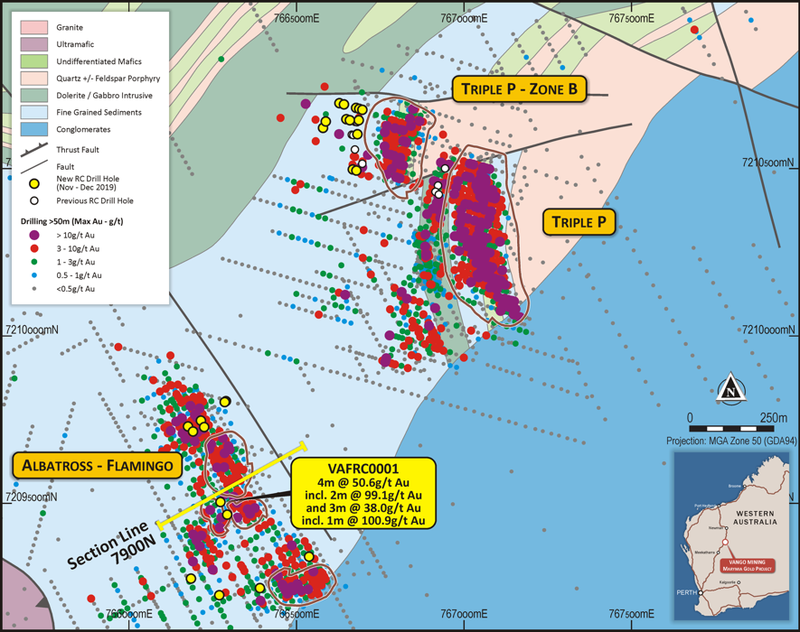 The intersections, as listed above, in VAFRC0001 are associated with quartz-sulphide mineralisation in thrusted mafic rocks, close to the contact with the overlying sedimentary rocks that host the bulk of the gold mineralisation previously mined in the shallow Albatross and Flamingo open pits above.

These mafic host rocks may be a repeat of the thrusted Mine-Mafics that host the Triple-P and Zone-B high-grade gold mineralisation one kilometre to the east. 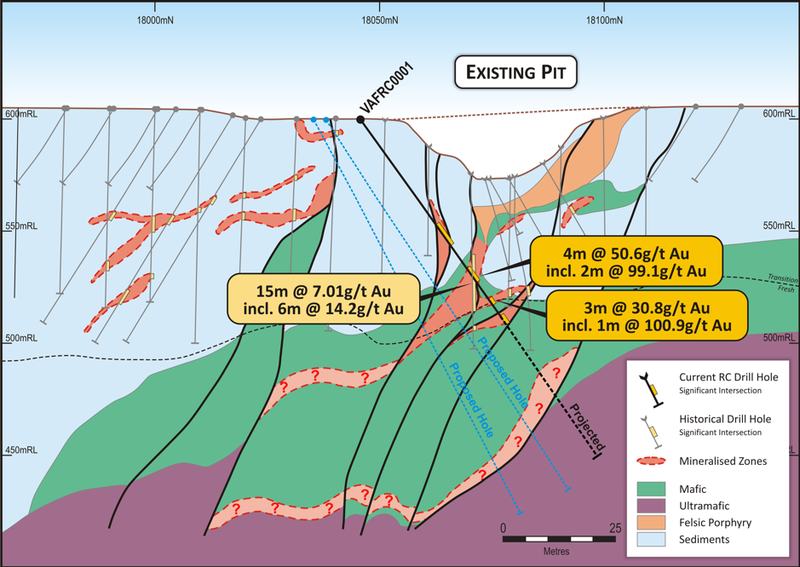 The announcement comes less than a month after the company, on 9 December, announced that it had strengthened its position as the dominant player in Marymia Gold District via a strategic equity investment of approximately $600,000 in Lodestar Minerals Limited (ASX:LSR).

Vango’s investment in Lodestar will give it a strategic equity holding of approximately 8.79% of the total issued equity of Lodestar, and further strengthens its relationship with Lodestar in the Marymia gold district in the mid‐west region of WA.

This strategic investment also reaffirms and consolidates Vango’s position as the dominant explorer‐developer in the region. It comes after the company entered into a farm‐in and joint venture with Lodestar in May 2019 under which Vango may earn up to a 51% interest in Lodestar’s Ned’s Creek Project, located in close proximity (to the east of) to the Marymia Project.

The first phase of drilling under this farm-in and JV has commenced, with a 1,500 metre reverse circulation (RC) drilling program at the Contessa Prospect within the Ned’s Creek project area designed to evaluate its high‐grade gold potential.