Boss Resources (ASX:BOE) announced yesterday morning that the results of sampling from four sonic holes at its Honeymoon Uranium Project have positively confirmed the grades previously provided by PFN measurement. It is significant that the four sonic holes were drilled by previous owners of the project, but never laboratory analysed.

Before looking at the results in more detail it is worth gaining an understanding of what constitutes PFN (prompted fission neutron) exploration data and how it might apply to BOE’s future prospects.

The Honeymoon Uranium Project is located in South Australia approximately 80 km North-west from the town of Broken Hill. The uranium mineralisation represents a classic basal channel type sandstone hosted uranium model which implies the movement of oxidised uranium bearing fluid through a largely reduced aquifier with mineralisation occurring at the redox front of the fluid.

In commenting on the various types of exploration, the South Australian Department of Mineral and Energy Resources (MESA), outlined various methods of location, definition and assessment of mineralisation.

MESA noted that many prospective palaeochannels containing oxidised and reduced sands with uranium at redox interfaces have been identified within regions of South Australia. Test drilling is required to check and refine the palaeochannel interpretation.

On this note, drillhole data needs to be continually updated to refine and improve the detail of palaeochannel mapping. Downhole geophysical logs are not only essential tools for defining stratigraphic parameters used to distinguish prospective host units, but also in the case of PFN tools can be useful in estimating the grade of in situ uranium mineralisation.

Consequently, in determining the significance of the assay results announced today by BOE, it is important to note that on average the laboratory analysis of the core samples were 15% higher than the relevant PFN grades.

While management conceded there is not enough data to definitely define a trend over the whole resource region it is significant in light of the fact that sampling of sonic core from the Gould Dam deposit also indicated a strong positive disequilibrium when compared with PFN and Gamma grade data to chemical grade data (April 8, 2016).

It is worth noting that shares in BOE increased 75% in April when the company increased its Honeymoon Uranium Project resource by 90% to 52.5 million pounds (MLBS) U308. The potential for further resource upgrades to outperform expectations partly due to the disequilibrium with PFN data is gaining in probability as results such as those received today come to light.

Consequently, while BOE’s shares have traded in a relatively tight range between 4.5 cents and 6.5 cents since the April rerating, as this news is digested there could be a push up towards its previous 12 month high given that this news has only improved its profile.

However, it should be noted that historical share price trends are not an indication of future share price performance and an investment decision should be based on this data. Furthermore, BOE is currently in the exploration stage and should be considered a speculative investment.

That said, the company has a large tenement of unexplored area in a region that has previously been identified as highly prospective for uranium. As outlined below, management has mapped out a plan to transition from exploration to production with relatively low capital expenditure and the fact that it has all approvals in place represents a distinct advantage over many of its peers.

The company also expects industry dynamics to improve with the key metrics highlighted below. 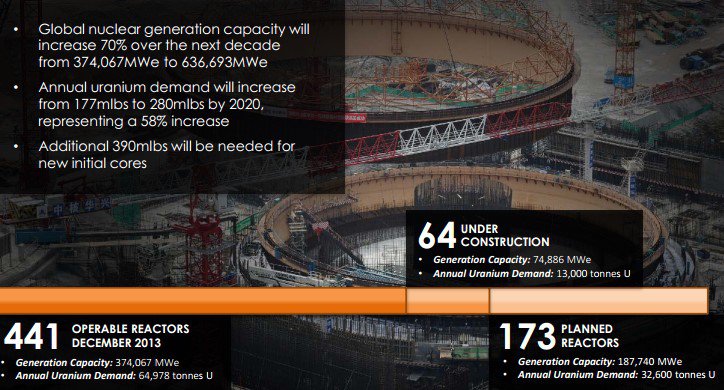