European Metals Holding’s (ASX:EMH) drilling program at its flagship Cinovec lithium-tin-tungsten project is off to a solid start as it moves closer to a London listing.

The ASX-listed company has been hard at work on a drilling program at the project in the Czech Republic since August, aiming to move more of its inferred resources to the indicated category.

EMH is planning on drilling 13 holes as part of the program, but told investors today that it had gotten the results back from the first hole in the program.

A cross-section of drilling at Cinovec

It twinned a historic drillhole, meaning EMH CEO Keith Coughlan said while the result were broadly expected, it was still an excellent intercept.

Meanwhile, it said that it had added a second rig to the drilling, meaning the drill rate has effectively doubled.

Alongside the drilling, EMH is attempting to list on the AIM of London.

Late last week it told its shareholders that it had gained admittance to the ‘AIM Schedule One’ list.

The Schedule One essentially starts the company’s formal admittance process onto the AIM, and the expected listing date is now December 10.

It has also been adding to its board in anticipation of the listing, with it aiming to bring on Kiran Morzaria as a non-executive director.

Morzaria is the chief executive and director or Rare Earth Minerals PLC, which is a major shareholder in EMH.

Rare Earth Minerals is best-known for being one of the two companies in joint venture at the Senora lithium project in Mexico, which was the subject of a conditional deal swung by Tesla Motors for lithium supply back in August.

It is expected Telsa will be a major purchaser of lithium going forward to power its Gigafactory, which manufactures lithium-ion batteries for its fleet of electric cars.

EMH also has a tie-up with Lithium Australia (ASX:LIT) via a non-binding heads of agreement to see whether material from the area could be used to produce high-quality lithium carbonate.

LIT is trialling new technology, licensed from private company Lepidico, which it hopes could be used to produce from lower-grade lithium micas, which would then be ready to sell.

EMH is also seeking to prove that its ore can be produced at scale using the process.

Interestingly, LIT also recently did a deal covering acreage next to that being exploited by Rare Earth Minerals in Mexico. 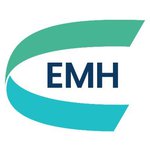