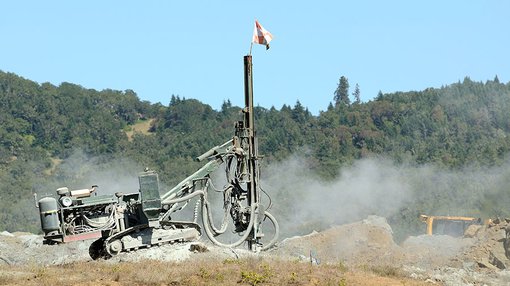 Castillo Copper (ASX:CCZ), an ASX-listed base metal junior focusing on copper, cobalt, zinc and nickel, has announced the unexpected discovery of five geological anomalies at its Cangai Copper Mine following electromagnetic surveying. 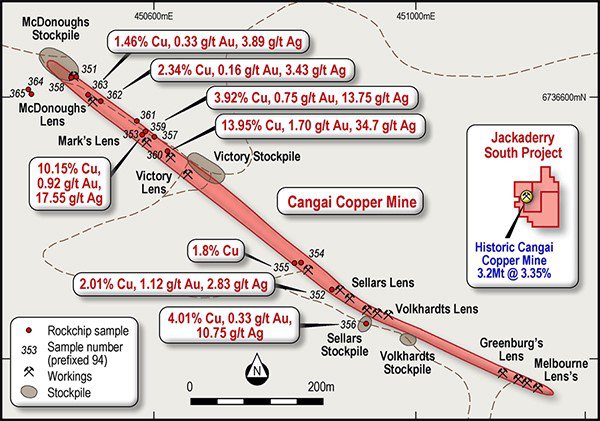 To facilitate an increase in its overall Resource at Cangai, CCZ says that “more funds are being allocated to expand the current drilling program and incremental surveys,” and hopes to update the market with its latest batch of assay results in the near-term, according to a company shareholder update.

CCZ has called today’s results a “game-changer” that could significantly alter the scale of the current resource at the Cangai Copper Mine.

It is, however, early stages here and investors should seek professional financial advice if considering this stock for their portfolio.

Independent confirmation of today’s results comes via a detailed report from Newexco, the company selected by CCZ to analyse its exploration results. The five significant electro-magnetic (EM) conductors at Cangai Copper Mine are now expected to be further investigated as a first priority.

Given the extraordinary discovery of five new large conductors and the fact that this is the first time a ground EM has been applied to Cangai Copper Mine, CCZ’s Board approved the expansion of its drilling program. 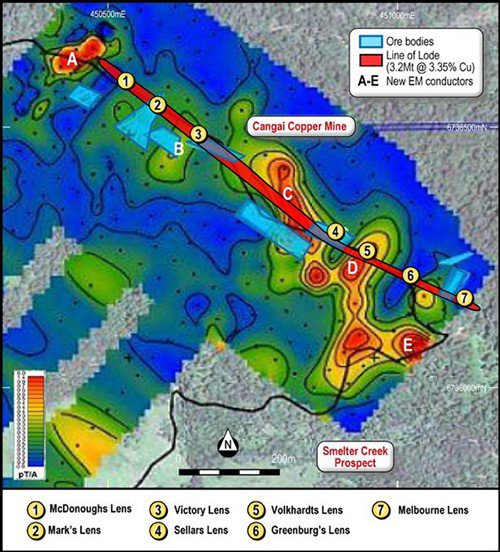 Drilling will recommence immediately following the New Year break while drilling samples will be assayed by ALS Laboratories (NSW) with results expected in coming weeks.

In response to today’s published EM results, CCZ Executive Director Alan Armstrong said that,” The Board views this development as a pivotal point in Castillo Copper’s evolution, as the EM survey has delivered an outcome that materially exceeds our expectations. Indeed, this new discovery is timely as the current drilling campaign moves into full swing. The Board highly values the work carried out by Newexco, as their experience in major copper discoveries, including work carried out on a massive sulphide deposit in Western Australia, is invaluable to evaluating the potential deposit at Cangai Copper Mine.”

Following this morning’s news, CCZ shares have continued their steady climb from July of last year, now trading at $0.08, up around 280% over the past six calendar months.