Drilling to start: can $29M LRS follow in the footsteps of $650M capped ADN?


Latin Resources (ASX:LRS) announced this morning that it will commence its maiden aircore drilling program at its Noombenberry Halloysite-Kaolin project in Western Australia, in early December.

LRS will be drill testing one of Australia’s few known occurrences of ultra-high-grade halloysite – a naturally occurring nanotube.

Drilling is designed to outline the extent of a known sub-outcrop occurrence of high quality kaolinitic clays and halloysite.

Kaolinitic clays and halloysite were identified in previous sampling, where results confirmed up to 38.9% kaolinite and 15% halloysite by weight in the 45 – 180um size fraction.

The fully funded drilling campaign will comprise of an estimated 2,500m of air-core drilling.

The initial phase of drilling will be completed utilising existing farm and fence-line tracks, with a second phase of infill drilling planned for early in the new year (2021).

The Company has additional capacity within the existing approvals to extend the drilling campaign as required.

Read: LRS to Drill for Halloysite, Hoping to Emulate Some of ADN’s 700% Run

Following the drilling, composite samples will be sent to laboratories in Perth and Adelaide where they will undergo detailed test work including; brightness testing, definitive clay mineral species quantification via a combination of X-Ray Diffraction (“XRD”) and spectral scanning, along with other elemental analysis via X-Ray Florence (“XRF”).

“We are all very excited to have secured an appropriate drilling contractor and to be getting our maiden air-core drilling campaign underway at Noombenberry, where we will be testing the extent of our known high-quality kaolinite-halloysite occurrence,” Latin Resources Executive Director Chris Gale said.

“We are fully funded to advance the Noombenberry Project at a time where there is strong and broad global demand for high-quality kaolin products. The Noombenberry Project has the added benefit of sub-cropping high-quality material, which will have a significant positive impact on any future project economics, should we define sufficient material to support development.”

Andromeda has delivered a 700%+ return since September 2020 and is currently capped at over $620M. It is developing one of the world’s largest known high purity halloysite-kaolin reserves and resources in South Australia.

Andromeda’s rise suggests that Noombenberry could emerge as a significant share price catalyst for Latin Resources, just as Oakdale Resources (ASX: OAR) has been the beneficiary of Andromeda’s success so far.

Oakdale’s Gibraltar Project is adjacent to Andromeda’s in this premier halloysite-kaolin region.

Its shares were 20% higher to 2.5 cents last week with a market cap of approximately $40.5 million after it announced the presence of kaolinite and halloysite minerals after completing an aircore drilling program at Gibraltar.

LRS is confident it can move in a similar direction and will soon understand more about the potential of its ground in this drilling campaign. 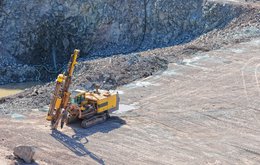 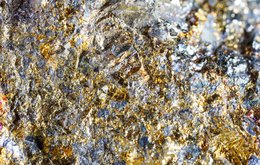 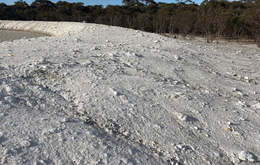