Aldoro has completed drilling at the first 30 holes out of the planned 103 hole program, for a total of 1,699m drilled at the Penny South gold project. 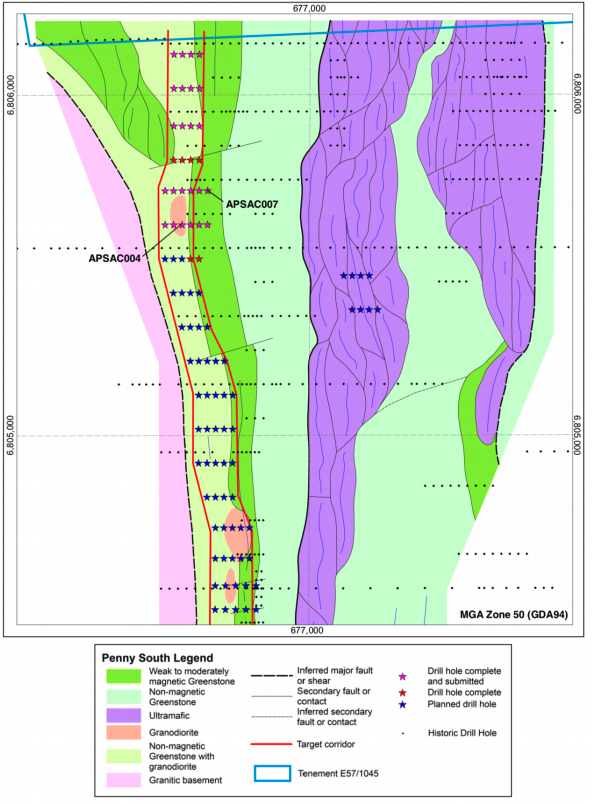 Samples from the first 24 holes (5 drill lines) have submitted to the laboratory in Perth for assay. Results will be announced when testing is concluded.

Working east to west along the lines the target assemblage of mafic schist-granodiorite-amphibolite was encountered with sheared altered felsic intrusive (granodiorite) observed in hole APSAC004, with a 10-15m intersection of quartz veining.

Quartz veining has been observed in a number of other holes along the drill lines, as well as quartz with fresh sulphide towards the end of hole APSAC007.

Average drill hole depth to date is approximately 57m, with the aircore (AC) drilling reaching down to refusal in fresh rock.

The goal of this preliminary 5,000m aircore (AC) campaign is to find shallow gold mineralisation in the target corridor, and to identify potential deeper mineralisation to be tested by a subsequent follow up program. 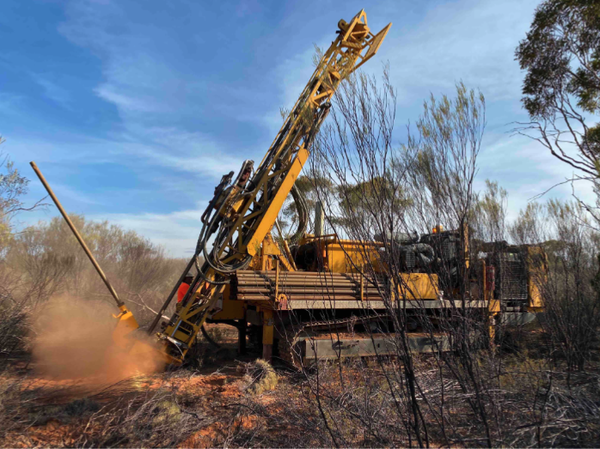 Commencement of the first drill hole APSAC001 at the Penny South Project.

Aldoro has drilled beyond its planned depth so far. This is due to deeper overburden and weathering depth to fresh rock. However drilling remains with the $170,000 budget with less aircore hammer used.

With that in mind, the initial program looks to be strong and places Aldoro is a strong position to expand the current program as well as plan for a deeper follow up campaign.