Anticipation ahead of the drilling program has been building with the company’s share price gaining more than 50% in July alone, as investor attention tunes into the Fraser Range and Galileo’s highly prospective targets.

The multiple nickel targets are adjacent to the previously reported sulphide mineralisation at Lantern South (LARC003):

The image below shows the location of the three drill targets for the upcoming RC and diamond drill campaigns — Lantern East, Lantern South structural target and Lantern South sulphide target. 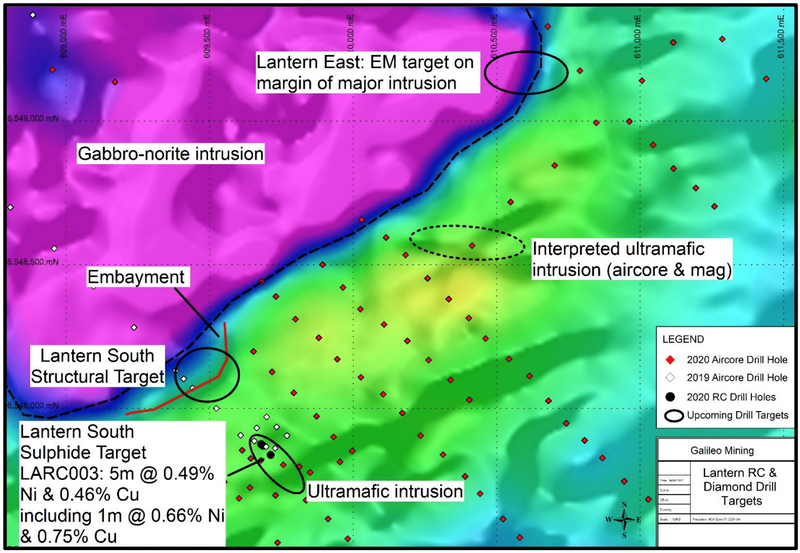 Lantern East is a conductive target on the margin of a major gabbronorite intrusion. An RC drillhole will be completed updip of the conductor and a pre-collar will be established for a diamond core tail to test the conductor.

The Lantern South structural target is a structural and geological target on the margin of the gabbronite intrusion. An RC drill hole and an RC pre-collar will be drilled at this location.

The Lantern South sulphide target is an area of disseminated sulphide mineralisation where three RC drill holes are planned as well as an RC pre-collar for a diamond core tail.

“Our first ever RC drilling program at the Lantern Prospect was completed in March this year. Results from that program demonstrated that the area contains disseminated nickel and copper sulphide mineralisation.

“In our second program of RC drilling we will be targeting additional zones of mineralisation and laying the foundation for diamond core drilling to follow in August.

“There are three high priority zones to be tested and we look forward to updating the market as results are received from this promising Fraser Range nickel project.” 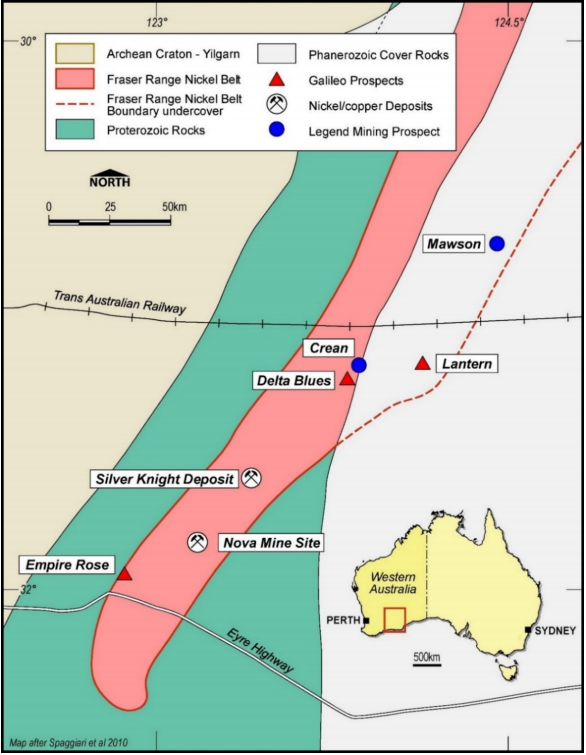