As indicated below, these sites are within the Tandarra Retention Licence, RL006660, located 40 kilometres north of the historical 22 million ounce Bendigo Goldfield in Victoria. 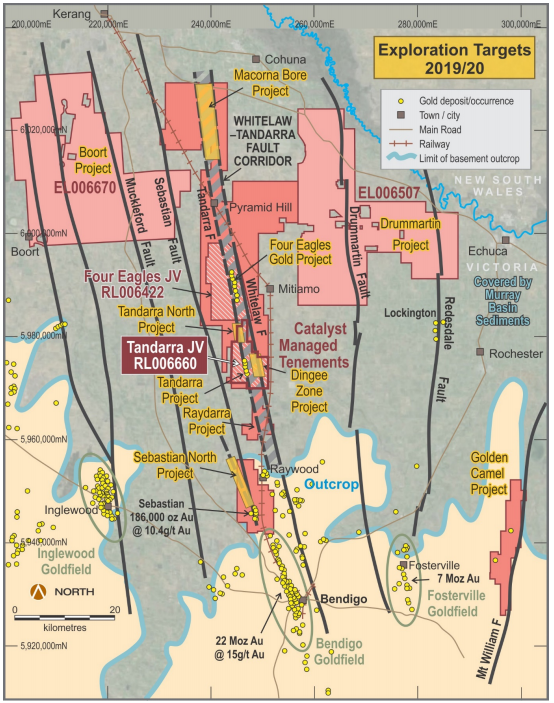 The Tandarra Gold Project is situated along the Whitelaw Fault which is considered to be the major structural control of gold mineralisation at Bendigo, extending northwards to the Murray River, concealed beneath a blanket of younger, post-mineralisation sediments of the Murray Basin.

The infill drilling has revealed highly significant gold mineralisation over a 600-metre strike-length, with some indications of multiple mineralised horizons.

These results extend the strike length of mineralisation reported in April to 1.4 kilometres.

Zones of anomalous arsenic with trace gold enclosed are interpreted to extend the zone/zones of higher grade gold mineralisation northwards.

Drilling at the Lawry Zone intersected the basement where they generally encountered quartz veining with geochemically anomalous arsenic values and trace gold.

This is consistent with the existence of structurally controlled, gold-prospective zones along the strike length tested, further justifying and providing target focus for follow-up drilling.

Holes at the western end of the reconnaissance traverses provided similar arsenic and trace gold anomalism, indicating a potential southerly extension of the Tomorrow Zone as illustrated below. 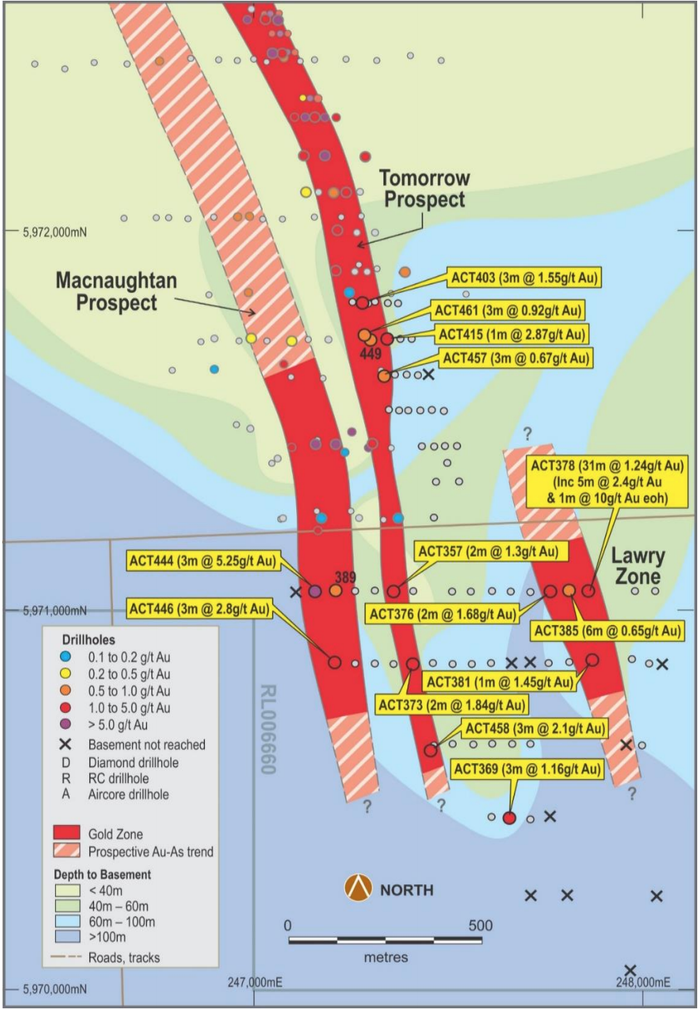 Catalyst technical Director, Bruce Kay expressed his increased confidence on the back of this news in saying, “The high grades and continuity of gold mineralisation revealed by this AC drilling are highly encouraging, confirming the potential of the southern Macnaughtan prospect to become the second significantly mineralised structure at Tandarra, in parallel with the high grade gold intersections at the Tomorrow Zone, 250 metres to the east.”

Follow up AC and reverse circulation drilling is planned on both these project areas during the 2020-21 field season.