In line with its goal of gaining exposure to battery commodities and the electric vehicle revolution, Delecta Limited (ASX:DLC) has announced its intent to acquire the Copper Ridge project in Utah, USA.

The company has entered into a binding conditional agreement to acquire 100% of the issued capital of American Vanadium Pty Ltd, which controls 100% of the Copper Ridge Project, with exploration set to commence immediately. 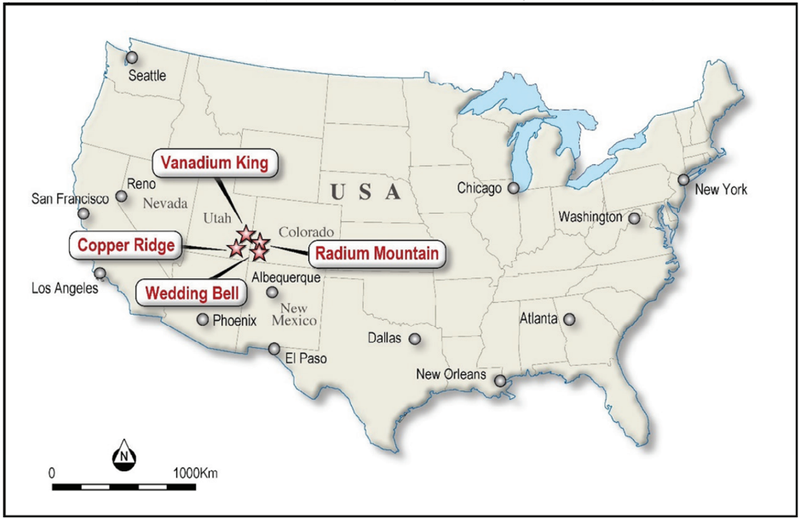 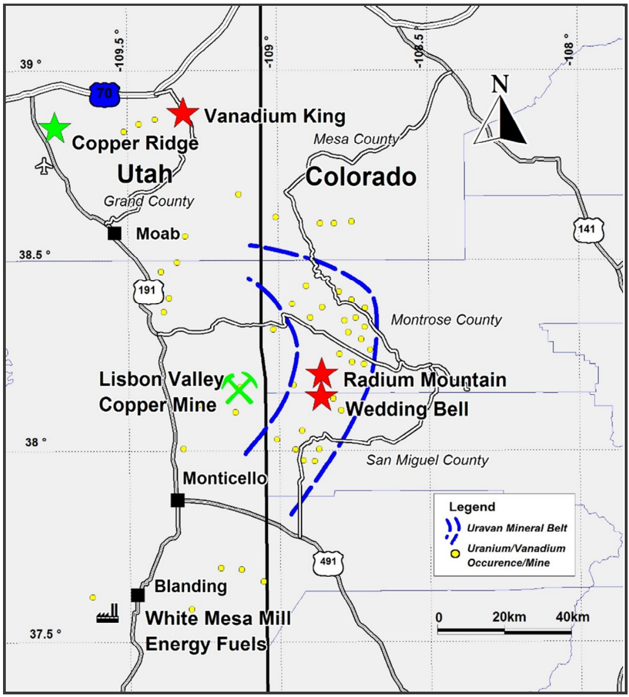 The Copper Ridge Project shares a similar geological setting to the copper mineralisation being exploited at the currently producing Lisbon Valley Copper Mine, 95 kilometres to the southeast that’s producing between 20-30 million lbs of copper per annum. The project is within trucking distance of the Lisbon Valley Mine, which has surplus production capacity and will toll treat ore for regional miners.

Both the Lisbon Valley Copper Mine and the Copper Ridge mineralisation lie on what is potentially the same northwest trending structure. At both areas the mineralisation occurs in a regional collapsed salt anticlinal structure. Copper minerals in the deposits occur as disseminated and fracture fillings in favourable stratigraphic horizons.

The Tibbets Mine (Hoosier), lying on a state lease at the northern end of the claims, has produced an unspecified tonnage of ore at a grade of 8% copper that contained 100,000 ounces of silver.

Located approximately 55km from the town of Moab, Utah the project is readily accessible by sealed State Route 191 from Moab with the final 15 kilometres on unsealed roads.

The three uranium-vanadium projects — the Radium Mountain, Wedding Bell, and Vanadium King projects cover a total area of 2,420 ha and have been subjected to previous mining and exploration for uranium and vanadium.

The three projects are all located within trucking distance of White Mesa Mill, the only operating conventional uranium mill in the USA that has a large surplus production capacity.

The Radium Mountain and Wedding Bell Projects lie within the Uravan Mineral Belt. This belt and adjacent areas have significant reported production from 1947 to 1979 of both triuranium octoxide (U3O8) a compound of uranium, and vanadium oxide (V205).

At the Radium Mountain and Wedding Bell Projects exploration will commence with geological mapping, sampling and data compilation followed by drilling of identified targets.

While it has no history of mining, previous exploration is reported to have been completed by Hunt Oil, Mineral Division, during 1980 and 1981. In May 2007, TSX-V listed Terra Ventures reported that Hunt Oil encountered widespread low to intermediate grade uranium mineralisation.

Delecta plans to complete drilling at the Vanadium King Project to test for the presence of mineralisation that was reported by previous owners.

In order to re-comply with ASX listing rules, and to fund the proposed acquisition and planned work programs, Delecta intends raise $2.5-$3.0 million via a placement to retail and sophisticated investors. The company intends to issue a minimum of 125,000,000 shares and up to a maximum of 150,000,000 shares at an issue price of $0.02 per share. CPS Capital Group Pty Ltd (CPS) has been appointed as Lead Manager.

As part of re-compliance, the company will seek to consolidate its shares on a 2-for-5 basis.

The acquisition builds on the company’s existing battery metal investments.

Delecta holds 11 million shares in European Lithium Ltd (ASX: EUR) (“EUR”). Given this investment in EUR, Delecta has continued to seek and evaluate other investment opportunities in the battery minerals space. In September last year, the company announced an option to acquire a cobalt-copper project in the Goodsprings district of Nevada — the Highline Project.

Meanwhile, the company will continue to develop its Calvista adult products wholesale business and implement some efficiencies and marketing initiatives which should improve the operational and financial performance of the business unit.