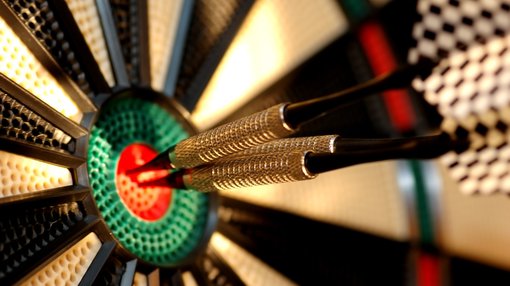 Dart Mining (ASX:DTM) has built a strategic gold footprint in the central and north-east region of Victoria where historical surface mining and alluvial gold indicates the existence of potentially significant gold endowment.

While the company’s background has spanned base and precious metals, including battery metals such as lithium, Dart has narrowed its focus on the gold sector, confident it can establish a mining operation in and around where more than 100,000 ounces of alluvial gold has been sourced since the 1800s. 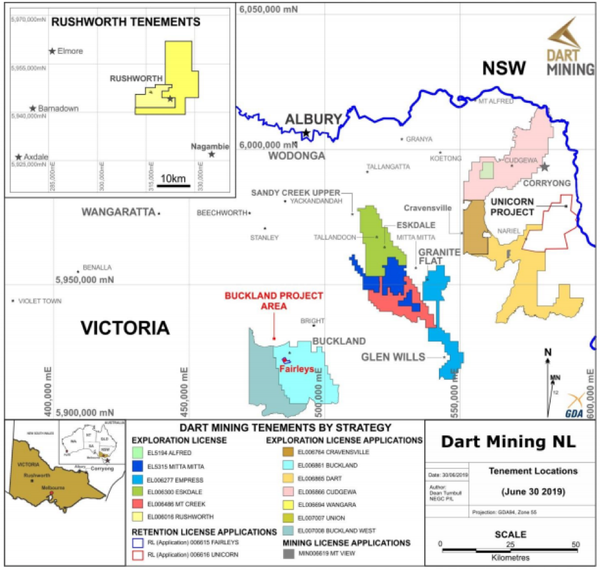 Two previous drill holes at the Fairley’s Prospect indicate that the Fairley Shear Zone contains gold mineralisation over extensional widths including 21 metres at 1.4 g/t gold and 40 metres at 0.8 g/t gold.

Also, grab samples of high-grade gold up to 60 g/t have been recorded and logged.

There is evidence to suggest that management’s strategy is sound given the success of the Fosterville Mine operated by Kirkland Lake.

This is located in an area which was also renowned for near surface high grade mineralisation, but Kirkland is mining the main orebody.

Today, Fosterville is a high-grade, low cost underground gold mine, 20 kilometres from the city of Bendigo, the centre of a prolific gold mining region.

Nearby explorers such as Catalyst Metals (ASX:CYL) and Navarre Minerals (ASX:NML) have come under the microscope because of Kirkland’s success, but the significant gains in their share prices can also be attributed to the identification of high grade gold in 2019.

With Dart Mining having also had exploration success at its Buckland Project situated south of Bright in north-east Victoria it could come into favour.

In keeping with the Kirkland deposit, Dart believes that exploration in the vicinity of where the alluvial gold was uncovered in such prolific quantities could result in the discovery of a host orebody.

Management believes that it is likely the bedrock source of the considerable alluvial gold produced historically from the Buckland River, and on this note Dart Mining’s managing director, James Chirnside said, “Dart Mining has made a substantial exploration breakthrough at our Buckland Project where we have now proven the existence of regionally extensive mineralised fault structures that have excellent potential to host a large-scale gold deposit.

‘’We see some similarities between our mineralised structures and the Fosterville Fault that is associated with the fabulous Fosterville Gold Deposit of Kirkland Lake Gold Ltd near Bendigo.

‘’Naturally, therefore, we now consider the Buckland Project to be our highest priority gold project and we are anxious to progress exploration rapidly.”

Looking more specifically at the area Dart is focusing on, the Buckland River historically produced considerable alluvial gold, but previous explorers and prospectors with limited exploration technology failed to find a substantial bedrock source for the alluvial gold.

The Fairleys Shear Zone cuts across the catchment of the Buckland River and Dart Mining considers it has now discovered the elusive bedrock source.

Dart Mining has postulated a mineralisation model for the Buckland Project derived from the regional geological setting and the results of its exploration at the Fairleys Prospect.

The model anticipates major shear zones, such as the Fairleys Shear Zone, will possibly consist of multiple stacked parallel shears most of which will display arsenic anomalism. 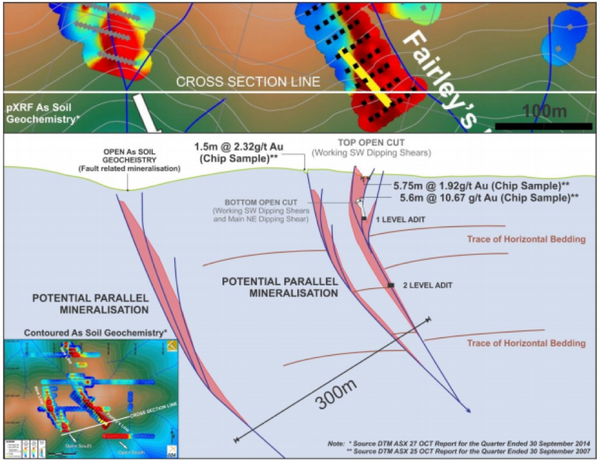 While the smaller, low-sulphide, high grade quartz reefs are not Dart Mining’s prime exploration target, their association with disseminated sulphide-associated gold mineralisation within shears provides evidence of what is termed a bimodal gold system.

The importance of the bimodal nature of the system relates to the analogy to the Fosterville gold deposit in Central Victoria where gold mineralisation is associated with the Fosterville Fault, a regional fault traced for over nine kilometres.

Dart Mining’s current exploration approach is to complete soil geochemical coverage over the catchment of the Buckland River to delineate regional arsenic anomalies that are probable indicators of gold-arsenic mineralised shears.

Dart’s soil sampling which will assist in testing the potential for large-scale gold mineralised systems associated with regionally extensive shear zones is the first modern regional evaluation of the gold field for a new mineralisation style.

Consequently, the company is one of those stocks which will need to be followed closely, as one batch of high-grade exploration results could trigger a significant share price increase.