CZL back in the thick of exploration after Christmas 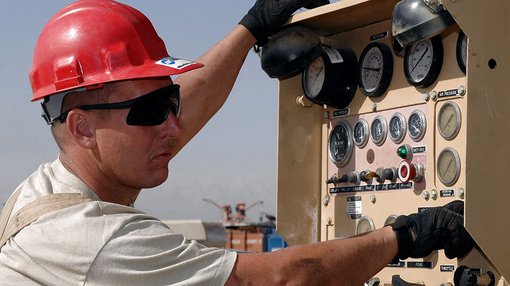 Consolidated Zinc Ltd (ASX:CZL) is back into the thick of its drilling operations that saw exploration activity halted over the Christmas holiday period.

Since 7 January 2016, drilling and other site work have resumed in a staged manner.

CZL is currently focused on its flagship Plomosas Zinc Project in Mexico, covering 11 exploration concessions spanning over 3000 hectares in the northern Mexican state of Chihuahua. Over 2 million tonnes of ore have been mined at Plomosas in the past, with an average zinc + lead grade of 22% and over 80g/t Ag. CZL currently has a 51% stake in the project, but is aiming to increase this to above 80% subject to milestones being met.

At the end of last year, CZL reported the discovery of a new horizon at Plomosas, and is now keen to generate as much geological data as possible, “that will be useful in mineral resource modelling and estimation”, according to an ASX market update.

CZL reports that its exploration team is now back on site for its planned Level 7 extension including testing the Main Manto Horizon – a key target that could add to CZL’s resource at Plomosas. One of CZL’s biggest assets is the Tres Amigos Prospect, which is being drilled and assesses as a top priority.

In a market update, CZL says that “additional rigs will start up over the coming days with holes designed to infill the Tres Amigos mineralisation”.

The latest drill results summary is shown below:

The best results were found at holes LV4DD008 and LV5DD009 respectively.

A visual representation of CZL’s Plomosas Project area is shown below: 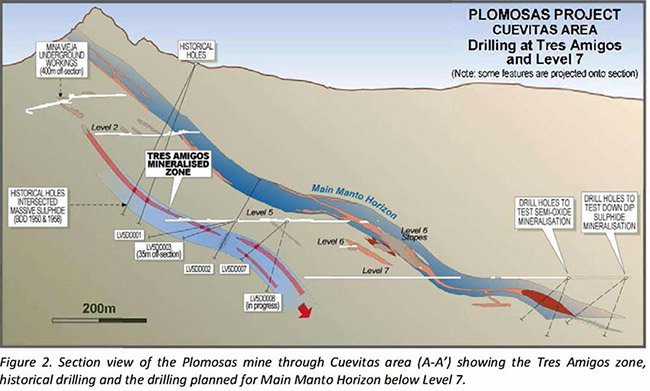 On the horizon for CZL

With 2016 now in full swing, CZL has planned 17 new drill holes which will test up dip of the Tres Amigos horizon. CZL also intends to drill-out a 400m strike extension to the south east of a section of the Mina Vieja mine.

As part of ongoing exploration work, CZL is keen to “commence a scoping study on the Tres Amigos mineralisation” (shown above) which will require additional exploration work in Q1 2016.

CZL Managing Director Will Dix said,”Following the Christmas break the Company will progress the expanded work programs at Plomosas in order to be able to report our maiden stage 1 resource from Tres Amigos in early 2016. In addition, the drilling from level 7 will provide valuable geological information and understanding of the distribution of mineralisation below the current mine development.

“It will be a busy start for the Company[CZL],” he added.

CZL goes deep and comes back with big grades