A number of high-quality drill targets have been developed at the Lantern prospect which is approximately 40 kilometres along strike from Legend Mining’s (ASX:LEG) Mawson Prospect.

As a backdrop, Galileo Mining Ltd (ASX:GAL) is focused on the exploration and development of nickel and cobalt resources in Western Australia.

As we will outline later, Galileo and Legend Mining share more than just relatively adjacent territory, they have the support of some of the biggest and most successful hitters in Australia’s mining industry.

The positioning of Lantern relative to the Mawson prospect, the Fraser Range nickel belt boundary undercover and established nickel-copper deposits are shown below. 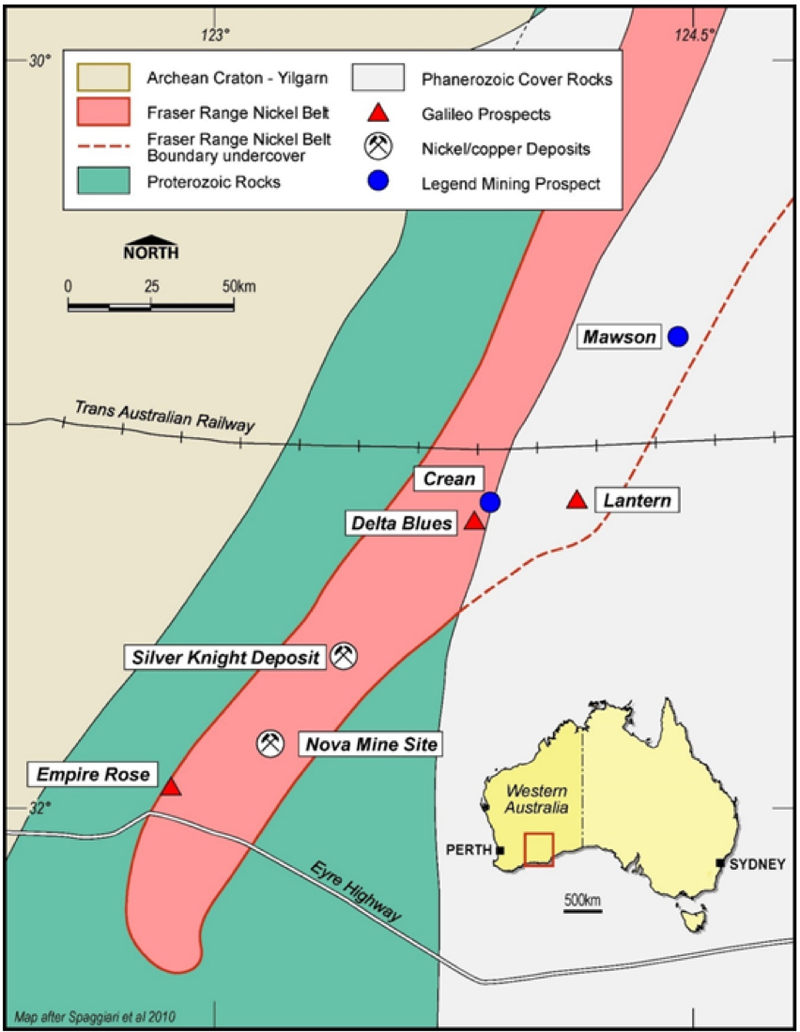 RC drilling to focus on aircore targets and EM anomalies

Galileo’s anomalous aircore drilling results of 27 metres at 0.18% nickel and 0.17% copper will be followed up with RC drilling to test the source of the anomalism.

A separate electromagnetic (EM) anomaly, centred over a highly prospective mafic contact rock unit, will also be targeted in the current drilling program.

The objective of the RC drilling above the EM conductors is to provide geochemical and lithological data and to allow the completion of downhole EM surveying.

This information will be integrated to provide the targets for planned diamond drill hole testing of the most prospective parts of the conductors.

Commenting on the drilling program, Galileo managing director Brad Underwood said, “Our first RC drilling program at the Lantern Prospect will allow us to drill to depths beyond the range of the aircore drilling we have completed to date.

‘’This represents an important advance in the exploration of the area as we focus on those zones which have shown the greatest potential from our earlier work.”

It is worth noting that Legend made its discovery at Mawson by conducting diamond drilling at an area that had been the subject of shallower drilling.

Consequently, the leads established by Galileo in the upcoming RC program are extremely important.

$5.4 million in cash and a sizeable cobalt-nickel resource

GAL also has Joint Ventures with the Creasy Group over tenements in the Fraser Range which are highly prospective for nickel-copper-cobalt sulphide deposits.

The potential upside that lies in the Norseman asset is highlighted below. 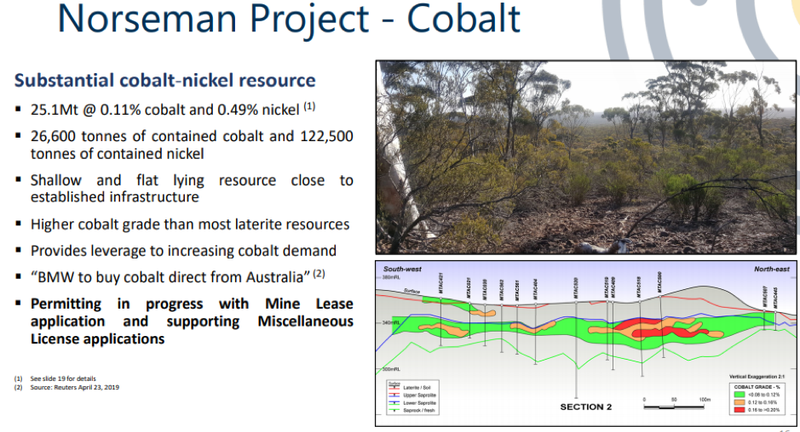 However, one of the most encouraging factors to consider when looking at Galileo’s prospect for exploration success are the people behind the group.

Mark Creasy founded Galileo and he is the major shareholder with a 31% shareholding.

Creasy has one of the best strike rates amongst Australian miners when it comes to making new discoveries, and he has been particularly successful in the Fraser Range area.

Importantly, Legend has already delineated intrusions at Lantern that have the same host rocks as the Nova and Silver Knight deposits.

With cash of $5.1 million, Galileo is well funded to progress its exploration program throughout 2020.