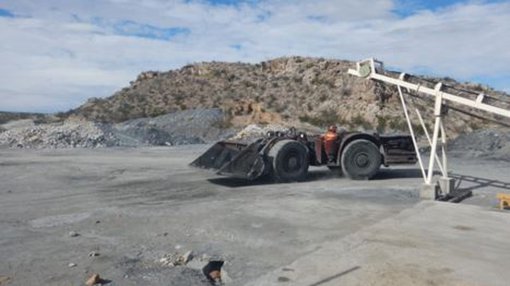 The company today announced its continued success from both surface and underground drilling.

Known sulphide horizons have been confirmed and expanded at CZL’s Tres Amigos zone around Level 5 and the semi oxide and massive sulphide mineralisation at depth immediately below the current workings on Level 7.

Since early February 2016, CZL has received results from 11 drill holes.

Assays for a further 11 drill holes are pending.

CZL has drilled a total of 3100 metres from surface and underground in 27 holes targeting the Tres Amigos mineralisation around Level 5 and the mineralisation at depth below Level 7.

The results show that more than 90% of holes have intersected the sulphide mineralisation horizons where forecast.

Narrow zone or low grades were recorded only in pinched out areas of the horizon. This occurred on several occasions, however several holes returned highly significant intercepts including ones previously unannounced in Level 7 Deep Drilling and Tres Amigos Drilling (Level 5).

Ongoing drilling at Tres Amigos continues to successfully improve the understanding of the geological setting, structure and mineralisation at depth prior to resource modelling of results.

At Level 7, drilling continues to test sulphide mineralisation at depth with encouraging results and is providing a framework for planning a systematic drillout of the mineralised horizion in the near term.

CZL’s acquisition of 51% of the Plomosas Zinc Lead Silver Project is beginning to bear fruit in the way of positive results and the company hopes to repeat history at Plomasas when from 1945 to 1974, two million tonnes of ore were extracted at a grade of 22% Zn+Pb and over 80g/t Ag.

The company will continue to explore new zones of mineralisation within and adjacent to the known mineralisation at Plomosas with a view to new mineral resources that are exploitable.

CZL goes deep and comes back with big grades