It has done so, while concurrently executing a non-binding term sheet with Raptor Capital International Limited for gold streaming and royalty financing to fund activities at the project for up to US$20 million (initial minimum of US$6 million).

The acquisition will be completed on a staged basis, with Comet acquiring a 50% interest upon satisfaction of due diligence and the initial US$6 million financing being made available to the company, with the remaining 50% interest to be acquired upon a decision to mine being made in respect of the project.

Commenting on the highly prospective features of the Santa Teresa Project and the importance of the proposed funding agreement, Comet managing director Matthew O’Kane said, “Santa Teresa contains attractive near-surface high-grade gold mineralisation that is open along strike and at depth.

“Along with the non-dilutive development funding from Raptor, I believe we can add significant value to Comet as we move the acquisition to completion and the project to production.”

O’Kane also highlighted that the company continues to prepare for its initial field exploration program at the Barraba Copper Project in New South Wales.

The project is prospective for high grade gold, with an existing Inferred Resource of 64,000oz Au at an average grade of 8.7g/t, reported at a cut-off grade of 4g/t.

In addition to the two claims of the project, two additional claims totalling a further 378 hectares in the surrounding El Alamo district are being acquired from EARL.

The following map indicates the significant historical exploration activity that has been conducted in the El Alamo district, and the region has reported gold production of between 100,000 ounces and 200,000 ounces of gold. 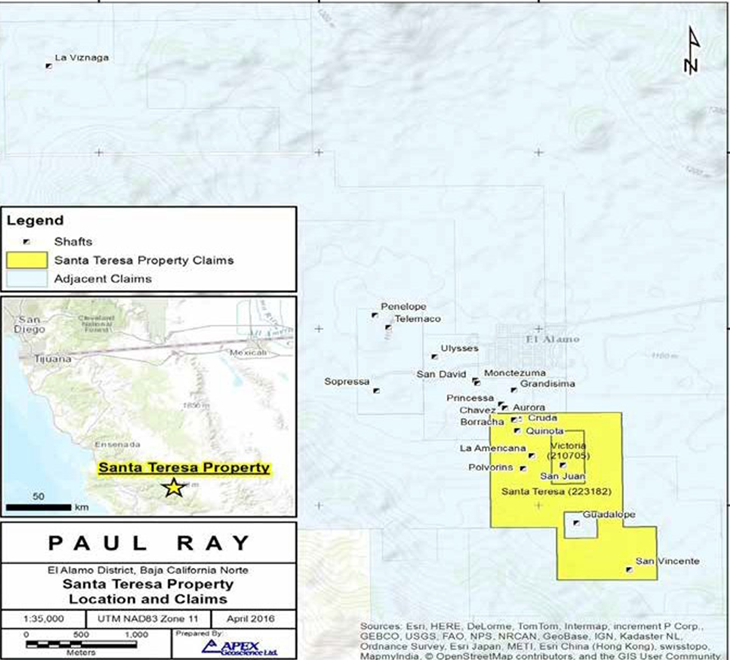 Following the conclusion of the project acquisition, Comet aims to focus physical works at Santa Teresa on assessing near term production opportunities within the Santa Teresa licence area itself, as well as the other licences proposed to be acquired in the El Alamo district if this work warrants commencement of mining activities.

All such activities may be financed by the Raptor stream financing under the conditions of the aforementioned non-binding term sheet.

The use of proceeds is to fund development activities at Santa Teresa and the facility will be secured only against the Santa Teresa Gold Project itself and any further tenements acquired in the region.

Comet has made it a condition of the acquisition of the project that the stream and royalty financing is concluded to its satisfaction.

In progressing its gold assets, Comet has expanded its portfolio while also balancing its commodity exposures through diversification.

The company is developing a portfolio of base and precious metal projects with the acquisition complementing and building on the recently acquired Barraba Copper Project in New South Wales.

The 2,375 hectare exploration licence that covers the project area, EL8492, is located near the town of Barraba, approximately 550 kilometres north of Sydney.

Comet will commence drilling shortly, and these results will add to what should be a solid year of newsflow for the group.