Comet poised to explore Barraba ahead of copper rebound


Comet Resources Ltd (ASX:CRL) has received subscriptions for $650,000 under a placement of the 65 million fully paid ordinary shares, together with one free attaching option (exercisable at $0.02 on or before 30 June 2021) for each share issued, to support the acquisition of the Barraba Copper Project in New South Wales.

Funds raised will also assist in the completion of initial project works.

The exploration licence EL8492 covers an area of nearly 2400 hectares near the town of Barraba, approximately 550 kilometres north of Sydney.

Historical workings at Gulf Creek produced high-grade copper and zinc for a short period around the turn of the 19th century, and this area will form a key part of the initial exploration focus. A portion of the placement will be conducted under the company’s current placement capacity with the balance of 11 million shares to be issued following receipt of shareholder approval.

The capital raise replaces the previously announced raising at $0.025 per share which has now been withdrawn.

Referring to the group’s proposed exploration strategy, managing director Matthew O’Kane said, “I’m very pleased that we have been able to work with our advisors and the vendors of the Barraba Project to come up with terms that enable us to continue with the acquisition and proceed with a placement that is sized to reflect current market conditions.

‘’I am now looking forward to the initial field exploration program at Barraba as soon as logistical and regulatory conditions permit.”

CRL believes that copper is set to see an increase in demand due to global efforts to reduce emissions from the transport network and also from the generation of renewable electricity.

Copper is not only an important part of the batteries used in BEVs, but is also used extensively in the electric motors that drive the wheels of BEVs.

The red metal also has applications beyond the automotive industry as it is used extensively in the generation of electricity from renewables such as solar and wind.

There is significant potential for post Covid-19 fiscal spending initiatives by governments to provide further demand for copper.

With regard to the Barraba Copper Project, it has not been systematically tested by modern exploration techniques.

Hence, the initial exploration program will include drill testing of areas below the historically identified deposits, as well as high-level exploration targets delineated by an induced polarisation (IP) survey of parts of the licence area that weren’t followed up. To complement the drill testing, CRL will also complete downhole geophysics with the aim of providing additional information about potential parallel and blind lodes, in addition to the known historical lodes.

As VMS deposits often occur in clusters, management is buoyed by the potential for new discoveries at the Barraba Copper Project though new exploration works and testing the extent of the previously discovered and partially mined lodes. 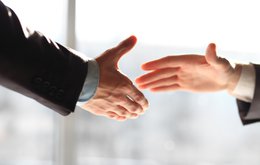 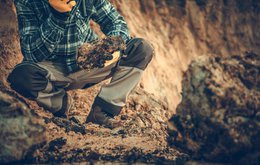 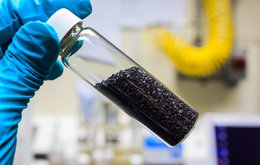