The test work has been conducted on fresh mineral samples from the Kat Gap program, the area which was the subject of outstanding high-grade drilling results released just last week.

The tests completed covered both conventional gravity and leach testing on the samples provided.

The results have been particularly encouraging as the material tested indicated that the majority of the gold could be recovered by traditional gravity separation techniques and with the mineralisation located from near-surface, this has the potential to provide a low processing cost option for the material.

Near-surface high-grade mineralisation has been a feature of drill testing completed at Kat Gap, and the company is in the process of completing further drilling which could well identify similar styles and grades of mineralisation.

These results take on even more importance given that management is working towards expanding the resource and conducting open pit optimisation studies that could see the commencement of early-stage production.

Classic has a solid base to build on at FGP with a global mineral resource of 8.2 million tonnes at 1.5 g/t gold for 404,000 ounces of gold, with a recent scoping study suggesting both the technical and financial viability of the project.

It could be argued that the inferred value of this resource, combined with the prospect of exploration upside and the potential to move to relatively near-term production isn’t captured in Classic’s market capitalisation of $28 million. 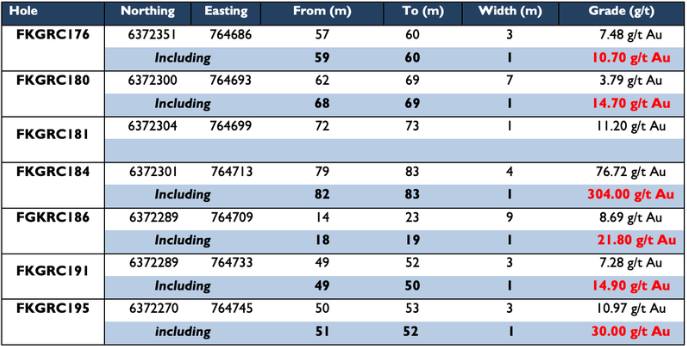 These results are extremely positive, and the next stage of testing is focusing on variability across the mineralisation and firming up the process options to consistently deliver the indicated recoveries.

The preliminary results indicate that Classic has the potential for early revenue generation through either toll treatment or self-processing of the material from Kat Gap.

The toll treating provides rapid cash flow while the onsite processing provides greater profitability as Classic can control all mining and processing costs.

Highlighting the combined benefits of resource expansion and promising processing information, chief executive Dean Goodwin said, ‘’After conducting detailed research we are fortunate to have found that the metallurgical results confirm that the ore, when processed using traditional gravity and leach processes provide an outstanding gold recovery.

‘’The recent results offer great hope that there is the possibility of gold deposits to augment and further enhance the gold resources already determined at Kat Gap.