There has been a flurry of promising news from Classic Minerals Ltd (ASX:CLZ).

The most significant news is that management has negotiated an Earn-in and Joint Venture Agreement over the company’s Fraser Range tenements with Independence Newsearch Pty Ltd, a 100% owned subsidiary of one of Australia’s largest diversified miners in Independence Group NL (ASX:IGO).

Having Independence Group as a partner is a good sign as the group has a strong history of identifying quality assets, as well as having an intimate knowledge of the Fraser Range region.

Under the agreement, Independence will continue to advance the Fraser Range Project allowing Classic to focus exploration efforts on its emerging high-grade Kat Gap Gold Project located in the Forrestania area of Western Australia.

While there are a number of aspects to the agreement, if Independence Group elects to buyout Classic then it would have received aggregate value of $4.55 million in cash and tenement expenditure, as well as retaining a 1% net smelter royalty from the transaction. 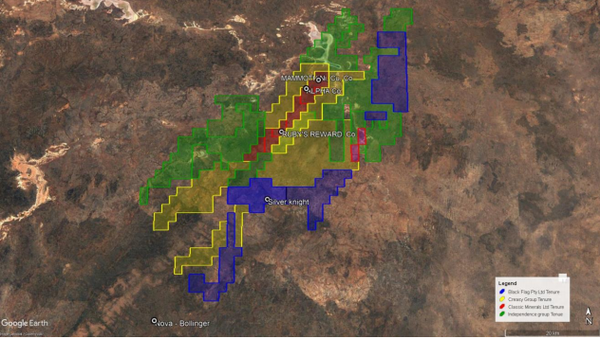 This really demonstrates that while Classic is an emerging mining company, it is punching above its weight as highlighted by the company’s chief executive Dean Goodwin in saying, “This is an exciting development for Classic shareholders.

“The Agreement we have reached with Independence demonstrates the highly prospective nature of our Fraser Range tenements.

“Independence is a highly regarded exploration and mining company and we look forward to working with them for both parties’ mutual benefit.

“Their commitment to inject cash and tenement expenditure to a maximum of $4.55 million and providing a 1% NSR (net smelter royalty) gives the company confidence in the value of these tenements.”

Goodwin also pointed out that the agreement will help to simplify the group’s operations, allowing its exploration team to focus its efforts on the emerging high-grade Kat Gap Gold Project in the Forrestania region of Western Australia.

Providing further interest is Classic’s return to drilling at Kat Gap after a highly successful exploration campaign was conducted in 2018. 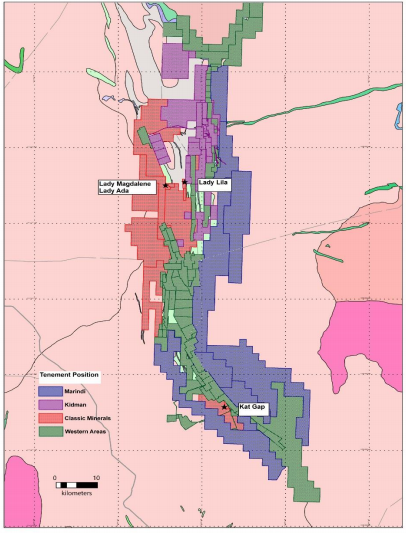 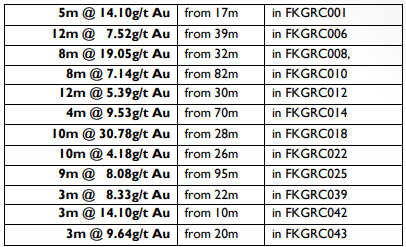 Kat Gap has an interesting history in that the project contains a shallow unmined gold deposit discovered in the 1990s which was the subject of resource estimations and a scoping study by Sons of Gwalia in 2003.

Though this resource estimate was not reported in compliance with the JORC Code (2012), it doesn’t take away from the promising results which have been backed up by high-grade RC drill intercepts including 15 metres at 15.1 g/t gold from 39 metres and 6 metres at 19.1 g/t from 17 metres.

The open-ended deposit lies within a five kilometre long geochemical gold anomaly that has seen very little drill testing, and there is potential for the discovery of a substantial gold deposit within the project area.

Classic has drilled a total of 57 holes for nearly 3900 metres at Kat Gap over the 6 months from May to November 2018.

The early drilling was focused on testing the up-dip and down dip projection of previous historical high-grade gold intersections along the main granite-greenstone contact adjacent to a cross-cutting Proterozoic dyke.

Later drilling was then concentrated on an area north and south along strike from the dyke, covering a strike length of some 200 metres on the granite-greenstone contact.

The majority of the drilling is relatively shallow, down to approximately 60 metres vertical depth below surface.

However, several deeper RC holes have also been drilled to approximately 120 metres to test the main contact zone at depth.

These holes were primarily designed to test a potential plunge zone detected by the shallow RC holes, and some of the better results included 9 metres at 8 g/t gold from 95 metres and 1 metre at 18.8 g/t gold from 86 metres, indicating that economically viable high grade mineralisation could be present down dip.

Understandably, management is upbeat about heading back to the Forrestania Gold Project to undertake further follow up drilling.

This latest round will be focused solely on the Kat Gap project, as it has delivered outstanding results over the previous four drill campaigns. 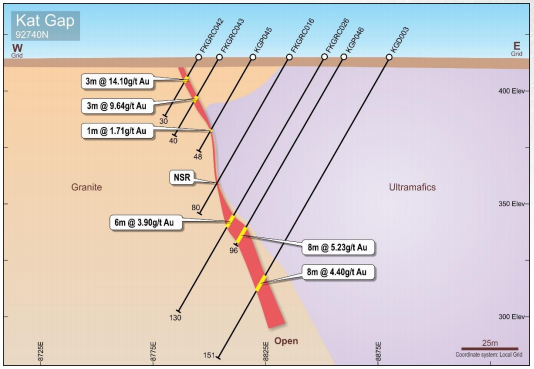 Drilling will again focus on the main granite – greenstone contact of which only 200 metres of a total 3.5 kilometres of potential strike has been tested by the company.

Management is planning to drill 100 metres north along strike and also test for high grade gold mineralisation up-dip from previous bonanza intersections to see how close the gold gets to the surface.

This information will be extremely important in any future mine planning and pit design work.

Future drilling programs at Kat Gap will focus on testing an 800 metre long section of the main granite – greenstone contact where current drill line spacings are 100 metres apart and also within the granite itself where previous geochemical surveying detected high grade gold near the surface.

The granite has for the best part been overlooked by previous explorers, and management is confident that significant gold mineralisation can be identified in the granite.