Kat Gap is the key focus area with 21 reverse circulation holes being drilled across a distance of about 1.6 kilometres.

This is an area where the company had considerable exploration success in 2019.

Bonanza grade gold grading up to 125 g/t gold was delineated in three holes.

In the current program, several deep orientated diamond drill holes will be drilled to collect valuable structural data, probing the system to 300 metres vertical below surface.

This will be the first time that mineralisation at significant depths has been tested, and as is often the case in that region, increasing grades could be encountered deeper into the orebody.

Mineralisation at significant depths has been tested.

Lady Ada could be surprise packet

There is a good chance of achieving further exploration success at Lady Ada which was mined by Sons of Gwalia in 2003 at an average grade of 8.8 g/t gold for 27,000 ounces.

Management views it as a high-grade ore body with the likelihood of identifying higher grade mineralisation at depth, an expectation that is supported by drilling conducted by Classic.

Management is of the view that following open pit mining, high grade zones could be amenable to underground extraction.

The following is an indicative timetable as the company moves towards 2020 with key potential share price catalysts being the results from diamond drilling, the updated resource and reserve, the completion of a prefeasibility study, and then a bankable feasibility study towards year end. 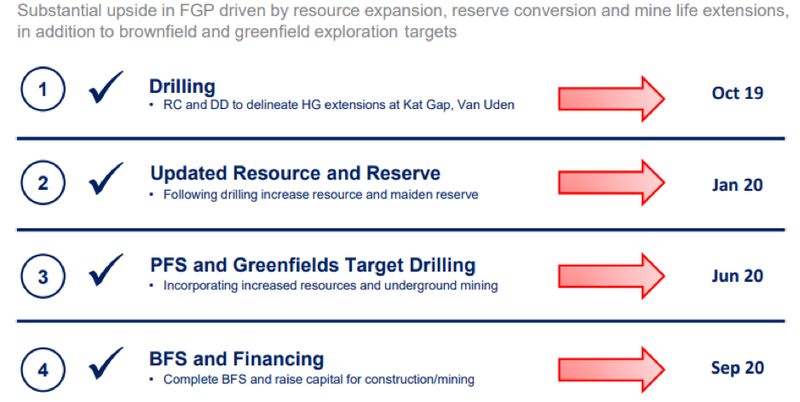