Classic holds 80% of the gold rights for the FGP, which also includes a remnant resource of 543,500 tonnes grading 1.99g/t gold for 34,950 ounces at the Lady Ada deposit, centred about 1 kilometre south of Lady Magdalene and located in the same geological rock sequences.

With the recent update to the Lady Magdalene mineral resource, the FGP now comprises existing resources of nearly 6.2 million tonnes at 1.36g/t for 270,100 ounces of gold.

Resources are located beneath an existing open pit shell at Lady Ada and the unmined, near-surface deposits at Lady Magdalene.

The project presents an opportunity for near term mining operations and production, and management has provided a comprehensive update regarding the strategy it intends to employ in 2020 as it targets resource expansion and an accelerated start to mining the once productive region.

The area is accessible via historic haul roads which branch off the well maintained unsealed Forrestania-Southern Cross Road. 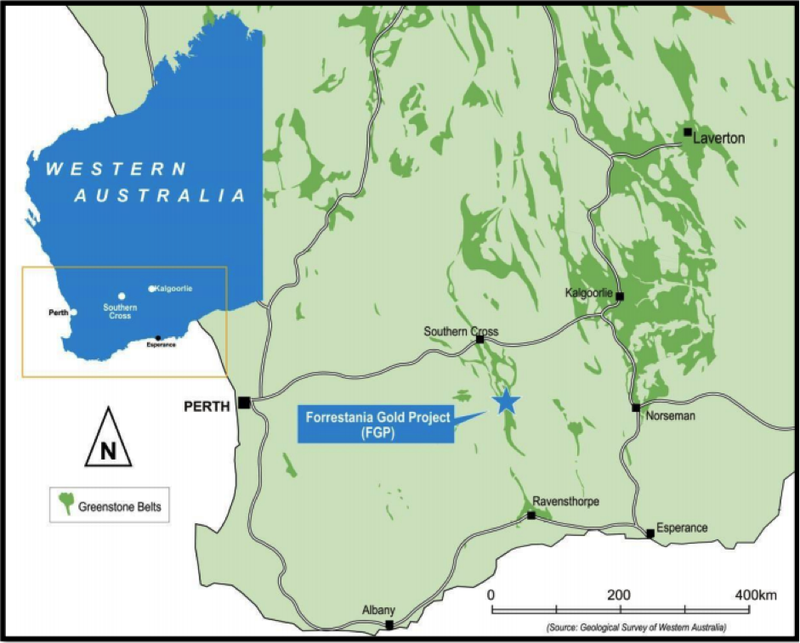 The project is surrounded by excellent infrastructure.

The FGP deposits (formerly known as Blue Haze and Red Haze) were discovered due to grass roots exploration of prospective ground undertaken by Aztec Mining.

Mining at the Lady Ada (formerly Blue Haze) pit commenced in December 2002 and concluded in May 2003.

Higher grade cut-off could be beneficial

The current resources are reported in compliance with the JORC Code (2012) and are estimated with a lower cut-off grade of 0.5g/t gold.

When a higher cut-off is applied (1g/t gold), it is possible to delineate higher-grade pockets of the mineral resources, particularly at Lady Ada, which as mentioned was previously mined at an average grade of 8.8 g/t gold.

The following graphic illustrates the correlation between cut-off grades and tonnage at Lady Magdalene. 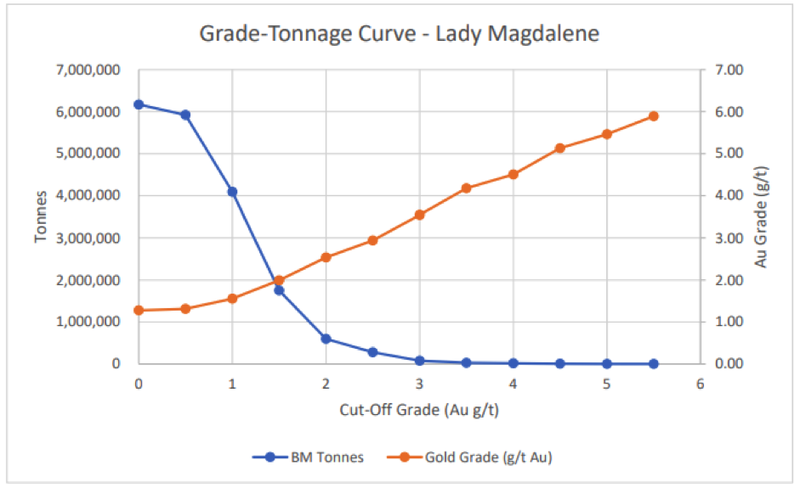 Correlation between cut-off grades and tonnage at Lady Magdalene.

Classic continues to focus on delineating higher-grade zones at both deposits, to potentially generate early cash-flow and support the costs associated with mining, haulage and toll treatment.

As development efforts ramp up, and in addition to engaging reputable third party consultants as required, Classic will bolster its team with personnel experienced in gold to ensure the company delivers value from the FGP to its shareholders.

As part of its due diligence process, Classic will engage consultants to undertake a review of the updated mineral resource and related technical data, to complete an update Scoping Study on the FGP.

Classic is hopeful that plans for a JV to mine and process ore will be finalised in the first half of 2020.

Strategic decision to focus on the two ladies

Classic’s proposed future activities will be focused on Lady Ada and Lady Magdalene.

With regard to Lady Ada, an examination of the dominantly west-dipping orientated drill lines shows a south-easterly plunge to higher-grade shoots, a system which currently remains open at depth.

The mineralisation at Lady Ada is hosted within the so-called Sapphire shear zone, which presents as at least two zones of stacked shallow dipping faults.

The grades within the shear are variable and present commonly as intervals of 2 to 3 metres in width, with average grades frequently ranging up from 5 to 15 g/t gold.

Recent limited drilling by Classic at Lady Ada will be incorporated into an updated mineral resource estimate for that deposit.

Gold mineralisation at Lady Magdalene is approximately 1 kilometre long and is drilled to a down-dip length of up to 400 metres, generally over thicknesses of between 3 metres and 5 metres, with grades ranging between 1 to 5 g/t gold, peaking at 31.1g/t gold over 1 metre.

The gold mineralisation at Lady Magdalene strikes north-south and is hosted within the same Wattle Rocks Dolerite unit as Lady Ada, but differs in having multiple, wide, sub-parallel lower-grade shear zones.

The recent drilling by Classic and resource estimation work for Lady Magdalene appears to indicate that higher-grade zones may well cross-cut the deposit, but that the current drill spacing (approximately 50 metres north x 25 metres east) has probably been too wide to allow delineation of these shoots in any continuous detail.

There is scope for significantly increasing the mineral resource further, mostly by drilling down-dip extensions, but there is also poor definition of the known, narrow, higher-grade intersections, closer to the surface.

This could to some degree be addressed by a large program of infill reverse circulation resource definition drilling, with selected diamond drilling to better understand the orientation of gold mineralisation in these interpreted higher grade zones.

The key takeaway is that Classic enters 2020 with multiple opportunities for exploration upside, further resource expansion and the delivery of an important scoping study, suggesting the share price momentum experienced in 2019 should be sustained.