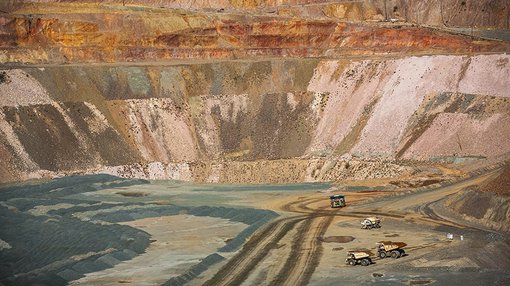 Castillo Copper (ASX:CCZ) announced on Friday that it had rapidly progressed the inaugural exploration and drilling programme for the Cangai Mine at its Jackaderry Project in the New England Orogen in NSW.

Access to the mine site has been completed, while the pre-site drilling program has been finalised.

The company’s goal is to materially increase the existing high-grade resource of 3.2Mt at 3.35% copper; 0.8g/t gold and 20.2g/t silver. This is one of Australia’s highest grade JORC compliant Inferred Resources for copper.

Legacy data for the mine confirms the presence of supergene ore with up to 35 per cent copper and 10 per cent zinc, which implies direct shipping ore is potentially feasible. CCZ’s geology team are optimistic the Cangai Mine drilling program will confirm a material resource size upside once it has been JORC modelled.

At the same time, it should be noted that this is an early stage play and investors should seek professional financial advice before making an investment decision.

All service provider contracts have been signed-off and pre-drilling work is underway. As soon as regulatory approval is secured, the drilling team will mobilise to site to start critical exploration activities to further prove-up the Cangai Mine resource.

Gnomic Exploration Services (Gnomic) has detailed a 2,250 meter RC-drilling program which will thoroughly test the extent of the mineralisation halo and JORC modelled lodes along the 900 metre strike. Once regulatory approval has been granted, the drilling team can mobilise to site quickly to commence work. Access tracks to the mine site have been cleared by the landowner so that service providers can easily get to the mine site.

CCZ Executive Director Alan Armstrong said, “With all service provider contracts signed-off, work on proving up the resource at the Cangai Mine has started to move forward at a rapid pace. The landowner has cleared the access roads to the mine site enabling the aerial drone photography and topographical surveys to get underway. Meanwhile, the EM surveys are scheduled to commence within days, coinciding with CCZ’s geology team’s visit to site early next week. Gnomic has already detailed its inaugural drilling program which is designed to determine the extent of the mineralisation halo and JORC modelled lodes on strike.”

The drilling program has been designed to build on legacy work done by other groups in the 1980s and 1990s which enabled the JORC Inferred Resource of 3.2Mt at 3.35% copper to be generated.

The graphic below shows the planned drilling program at Cangai: 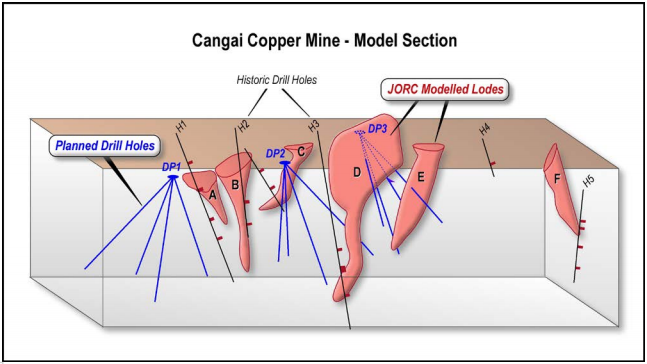 CCZ’s geology team believe that once the inaugural drilling programme has been completed, 3D JORC modelling will confirm a materially higher resource size from upside for copper, silver and gold.

Having raised A$3.4 million from the recent placement, CCZ is well funded to cover several drilling campaigns at Cangai Mine and its other assets moving forward.

Today the company released details regarding the cobalt targets it has identified at its Broken Hill project. Four separate primary cobalt zones have been identified by Castillo Copper’s geological team post-desktop studies and a site visit, with cobalt readings within and just outside the tenements ranging from 2,060ppm up to 7,000ppm respectively.

CCZ will send a geology team to site to commence mapping, soil sampling, and to identify targets for geophysical surveying. The team will then be able to plan the details around a future drilling program at the four primary cobalt target areas. The company is of the belief that with further exploration work the four targets can be expanded.

CCZ’s Executive Director, Alan Armstrong commented on today’s news as follows: “With Gnomic Exploration Services now proactively managing the drilling program at the Cangai Mine, the Board will concurrently focus on investigating key cobalt anomalies at Broken Hill. Working with our service providers, a geological team will visit the site with the goal of expanding the four primary cobalt target areas that are already highly prospective.”

The below map indicates the large unsampled footprint within the Broken Hill project area. 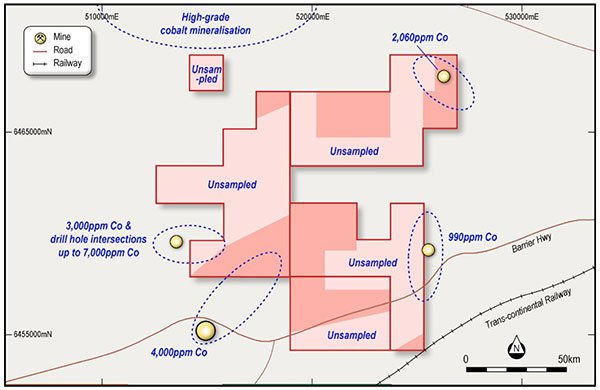