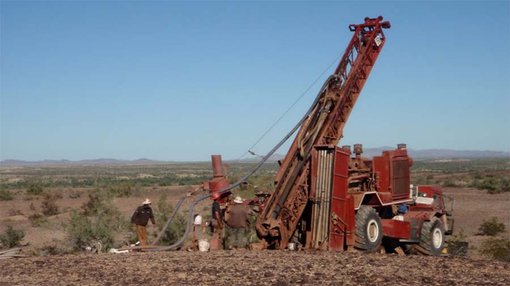 The aim was to test near surface weathered portions to confirm continuity of higher grade gold zones in structurally controlled breccia’s along the south-eastern margin.

The strike length is over 80 metres in length, up to 300 metres wide 50 metres in the central portions of the Railway Prospect.

Drilling to the north and south demonstrated potential for this supergene mineralisation to extend over 400 metres strike length, and remains open to the west and north.

Selected holes were targeted on the higher grade gold zones hosted in hematite rich breccia along the south eastern margin of the prospect.

Interpretation of results suggests this mineralisation may have a possible stacked northwest trend or be unstructured in nature, rather than a continuous north-south orientation as expected.

Based on all drilling results to date, CAV considers the large supergene plume of gold and copper mineralization at the Railway Prospect represents an anomaly above or nearby to a deeper, fresh bedrock and sulphide rich target.

This deeply weathered setting is similar to the Degrussa copper-gold deposit discovered by Sandfire Resources (ASX:SFR) in Australia.

Electro-magnetic surveys were subsequently used to define further targets at this discovery.

Additional support of a deeper fresh bedrock target is provided by the earlier induced polarisation survey that highlighted at least two chargeability anomalies associated with a structural feature, and coincident with the large supergene plume.

CAV is currently reassessing this data with the view to potentially carrying out an additional detailed electro-magnetic survey for greater resolution of sulphide rich conductors at depth.

Any conductors located would then be tested with diamond drilling.

CAV Managing Director Mr Andy Beckwith commented on the results: “We have been able to confirm the continuity of the broad secondary supergene gold and copper zones. These results also have highlighted to us that the two previously identified IP anomalies at depth may hold the key to the economics of this project and we will continue to investigate the option of further testing.”

Thompson Resources suspects two lodes could be one system