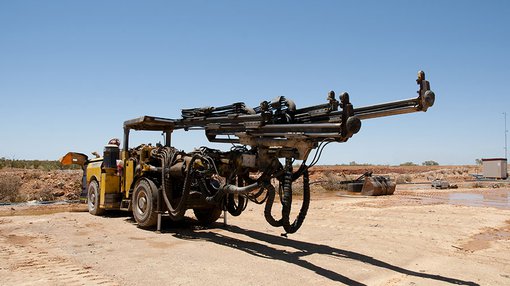 Castillo Copper (ASX:CCZ) today revealed to the market that significant massive sulphide mineralisation has been drilled at the historic Cangai Copper Mine, situated at the Jackaderry Project, NSW.

Outstanding drilling logs confirmed that seven out of eight and a half drill-holes intersected sulphide mineralisation, with the best intersecting 30 metre thick mineralisation in an untested area, between two known JORC modelled lodes.

Progress at the drill program at Cangai has been encouraging thus far, intersecting highly mineralised sulphides ranging from disseminated and breccia sulphides on the outer zones trending to semi-massive/massive veins within the core of the shear zone. CCZ said that assay results will be released in due course.

This current drilling program was designed to target sulphide mineralisation, with the objective to materially increase the current JORC-compliant gross tonnage of copper-zinc-gold-silver.

In keeping with these aims, CCZ’s geological team has confirmed the veracity of the current JORC model, implying there is significant potential resource size upside.

Exceptional sulphide mineralisation floated off samples during the washing/logging process, highlighting metallurgical benefits to the project.

Previously, wet weather halted the drilling program for several days, but it has now resumed, with two remaining drill-holes to be completed at drill-pad 3 (DP3), then four each at DP1 and DP2. 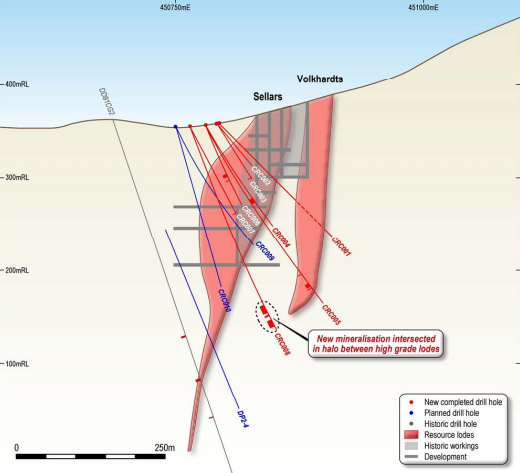 Cross-section of the Sellars and Volkhards lodes (Source: Castillo)

With an additional 2,000 metres to be drilled and a down-hole electromagnetic survey to come, CCZ’s team is testing the halo for incremental high-grade sulphide mineralisation, extensions to existing lodes and conductors discovered during recent FLEM survey.

Further to that, shallow drilling for high-grade supergene mineralisation, which is closer to historic workings, will be targeted in stage two of the drilling program – this is currently pending regulatory approval.

Bulk channel sampling for all the legacy high-grade stockpiles is also continuing, and samples will be sent for analysis.

CCZ executive director, Alan Armstrong, said: “The board is highly encouraged by the progress of the drilling campaign to date, particularly the news highly mineralised sulphide zones have been intersected. Our objective is to re-open Cangai Copper Mine and so far the evidence suggests we are on track to achieve this goal.”