Capital raising to take Pacifico through to 2020 PFS

Shares in Pacifico Minerals Ltd (ASX: PMY) surged more than 10% on Monday morning after the company announced that it had raised $4.6 million, funding which will significantly progress the advancement of the company’s Sorby Hills Lead-Silver-Zinc Joint Venture Project in Western Australia.

Pacifico shares have now increased 100% in the last two months, and there could be more to come.

The company owns a 75% interest in the Joint Venture with the remaining 25% interest held by Henan Yuguang Gold & Lead Co. Ltd.

Phase II infill and expansion drilling results are imminent, and these have the potential to provide further share price momentum.

The company is now fully funded to deliver an optimised prefeasibility study by January 2020, a watershed development as the company progresses towards a decision to mine.

Pacifico will also be advancing its definitive feasibility study work program, highlighting the extensive news flow that is in the pipeline.

Discussing the significance of the capital raising, managing director, Simon Noon said, “The response to the capital raising from both new professional investors and our major shareholders has been extremely encouraging and I believe this is testament to the strong results the Sorby Hills project is consistently delivering.

“This funding will enable the company to complete an additional infill and expansion drilling program this year, just prior to the release of the optimised PFS ahead of the Definitive Feasibility Study (DFS) to be delivered next year.”

As indicated in the following six-month chart, commodity prices have been working in Pacifico’s favour, with the two key metals, silver (black line) and lead (green line), both performing well in the last six months. 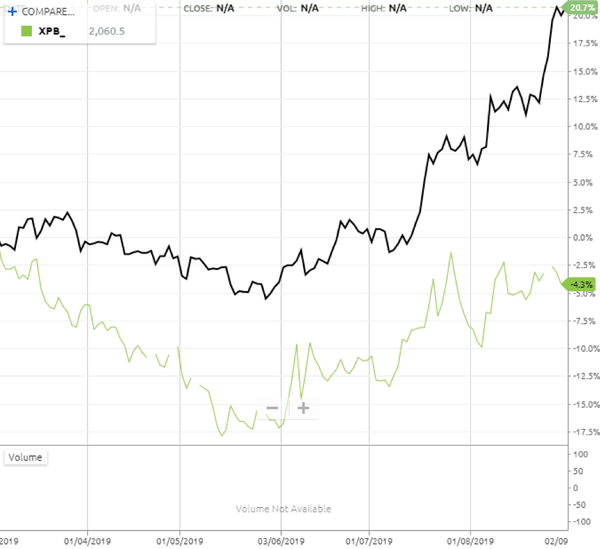 While stocks leveraged to silver have been running hard, Pacifico’s exposure to lead is worth noting given that it is bucking the broader negative trends across some other base metals.