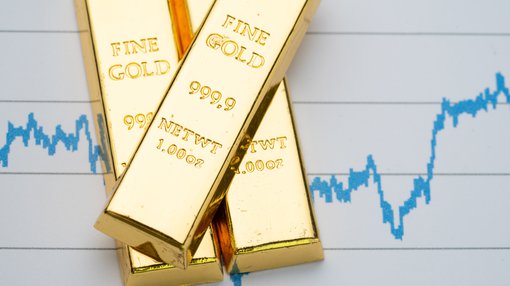 News released at the start of the week by Columbian gold developer Continental Gold Inc (TSX:CNL) regarding the proposed acquisition by Zijin Mining Group Co Ltd (SSE:601899; SEHK:2899) would have been welcomed by Metminco Limited (ASX:MNC).

Under the terms of a definitive agreement between Continental and Zijin, the latter has agreed to acquire all of the outstanding shares of Continental at a price of C$5.50 per share.

The implied value of the transaction is C$1.4 billion, and the offer price represented a premium of 29% to the company’s 20 day volume weighted average price (VWAP) as at 29 November, 2019.

Continental chief executive Ari Sussman not only highlighted his satisfaction regarding the offer, but he also pointed to the progress the company had made in taking the Buriticá Project from a grassroots discovery to one of the world’s largest and highest grade gold projects.

Note the location of the Chuscal target at the Quinchia Project and its proximity to major regional gold discoveries, including Buriticá to the north and the nearby 3.9 million ounce Marmato Project.

Analysts from UK-based broking house SP Angel which provides extensive research on the global mining sector were upbeat about the news in relation to other miners active in that area of Colombia, including Metminco and Orosur Mining.

Part of their take on the development was as follows:

‘’As well as offering an up to date insight into current industry valuation yardsticks for gold assets, we anticipate that Zijin’s move may stimulate attention towards the gold exploration potential of Colombia and of the mid-Cauca belt in particular which hosts other deposits.

‘’These include the San Ramon deposit of the former Red Eagle Mining (reserves – 2.4 million tonnes averaging 5.2 g/t gold), Orosur Mining’s Anza deposit, where the consultants, MDA have identified a formal “exploration target” of between 1.6 and 2.3 million tonnes at grades ranging between 3.2 and 3.7 g/t gold over a small portion of the identified strike extent of the mineralisation, and Metminco’s Miraflores deposit which, following some 40,000 metres of drilling, currently reports 877,000 ounces of resources. 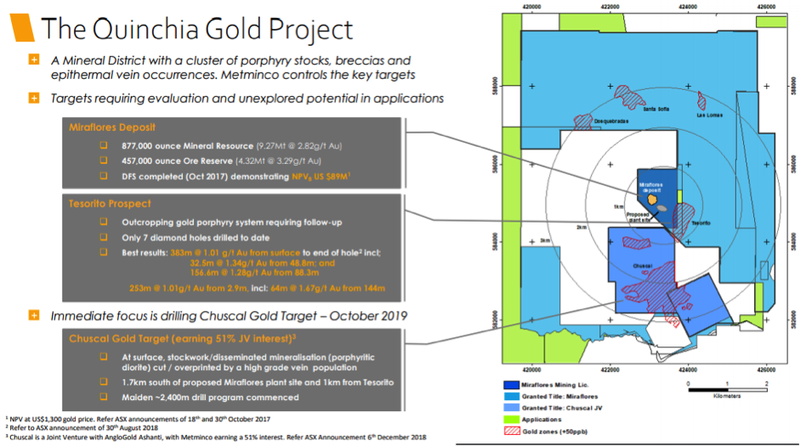 Continental Gold is still not in production, but it has a sizeable resource of 5.3 million ounces of gold.

Excluding the company’s 21 million ounces of silver, the takeover offer values Continental Gold’s resource at US$200 per ounce of resource.

If such a value was applied to Metminco’s Miraflores deposit which has a resource of 877,000 ounces (9.3 million tonnes at 2.8 g/t gold), it would represent a value of approximately $175 million.

It should also be noted that Miraflores has a reserve of 407,000 ounces gold.

If Metminco were to trade in line with the gold in ground valuation, its shares would be trading in the vicinity of $1.00.

Though a direct correlation can’t be made, the metrics definitely indicate that Metminco’s valuation is representative of its exploration potential rather than its gold in ground, a much more tangible asset, particularly the higher confidence reserves resource which using the same valuation metrics is worth more than $80 million.

By comparison, Metminco has a market capitalisation of about $17 million.

Of course any valuation is speculative.

Early stage drilling results from the Chuscal Gold Target, located in the Mid-Cauca Porphyry Belt have been promising with the first drill hole passing through an extensive 350 metre wide mineralised zone from surface.

A number of intervals intersected impressive grades including 6 metres at 2.5 g/t gold and 10.2 g/t silver close to surface.

As is often the case with this style of mineralisation, the grades improved at depth with gold up to 6.4 g/t gold and silver grades as high as 87.4 g/t.

Commenting on the recent results, managing director Jason Stirbinskis said, “This is a remarkably strong result on our first hole given the extent of the mineralisation encountered from surface, and it has proven very illuminating, greatly improving our understanding of the geology.

‘’After outstanding drill success last year at the nearby Tesorito porphyry discovery, including a best result of 253.1 metres at 1.01 g/t gold from surface, including a higher grade zone of 64 metres at 1.67 g/t gold, and now hitting this wide interval at Chuscal, we believe we are in enviable porphyry territory.

‘’It remains early days into our drilling at Chuscal, but this first intersection has certainly provided very strong encouragement about what Chuscal could be when you consider the sheer scale of the gold anomaly at surface, the impressive widths of mineralisation encountered and its location in the heart of the Mid-Cauca belt, which is already host to several multi-million ounce porphyry and epithermal deposits.

‘’When compared to other global porphyry systems and recent discoveries, this early result reaffirms our view that our Quinchia Project and Chuscal in particular, have great potential”.