The company completed a total of 21 holes for approximately 1300 metres at the Kat Gap Project, not only identifying high-grade mineralisation, but locating a new high grade zone to the west of the main target.

Further deeper drilling will be conducted by Classic to determine the extent and significance of this new potential footwall gold lode.

In the interim, management is spoilt for choice in terms of choosing drilling targets with the potential to strike more high-grade gold through exploring this new territory, as well as conducting infill and extensional drilling to the north and south of the current drill pattern.

Consequently, the upcoming drilling program has the potential to add significantly to the length of strike ahead of future open pit optimisation studies.

FKGRC184 included a bonanza hit of one metre grading 304 g/t gold from 82 metres.

It is worth noting that this area is an unknown quantity, previously not drilled by Classic, and with no record of historical drilling having been conducted around this drill hole. 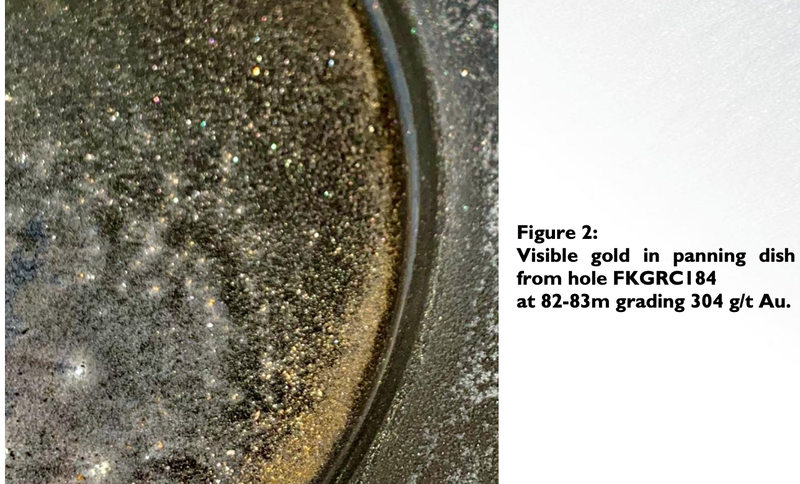 Reverse circulation holes were drilled within an area north of the Proterozoic Dyke, infilling areas previously drilled on 10 metre and 20 metre spaced sections.

These holes will be particularly helpful in assessing future open pit optimisation studies.

The following more detailed data demonstrates that the results that have come to hand are more than just a flash in the pan. 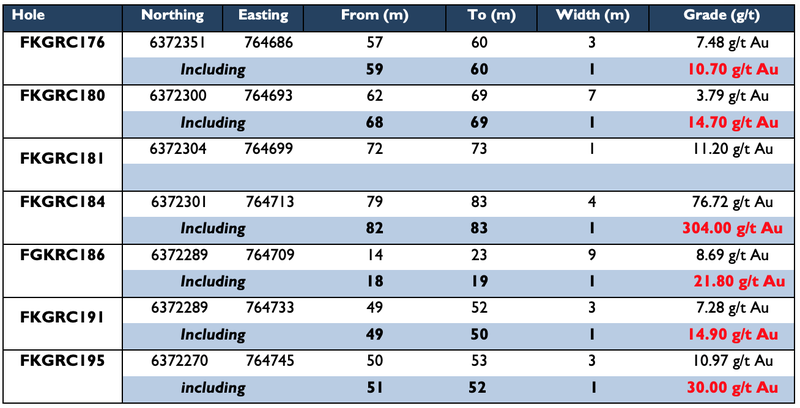 Commenting on the significance of drilling to date and how it may impact the group’s exploration strategy going forward, chief executive Dean Goodwin said, ‘’This new very high-grade intersection out into the granite is an exciting development for the Kat Gap Project.

‘’We decided to extend some of our planned drill holes west of our current drill pattern to see if further gold lodes were lurking out in the granite, and we were right. Now we just have to work out what orientation this new lode is running at.

‘’This new intersection really bodes well for our future drilling programs that will be conducted out in the granite following up the historical auger geochemical anomalies.

‘’We also started a program of infill drilling north of the Proterozoic dyke in readiness for future open pit optimisation studies. Existing RC drilling is a little far apart to get meaningful data, so we need to infill drill for about 400 metres of strike.

‘’These new results are only the start of that extensive program with many more results to come over the next few months. We will also be conducting extensional RC drilling to the north and south of our current drill pattern which will hopefully see the deposit grow another 200 metres or so.’’ 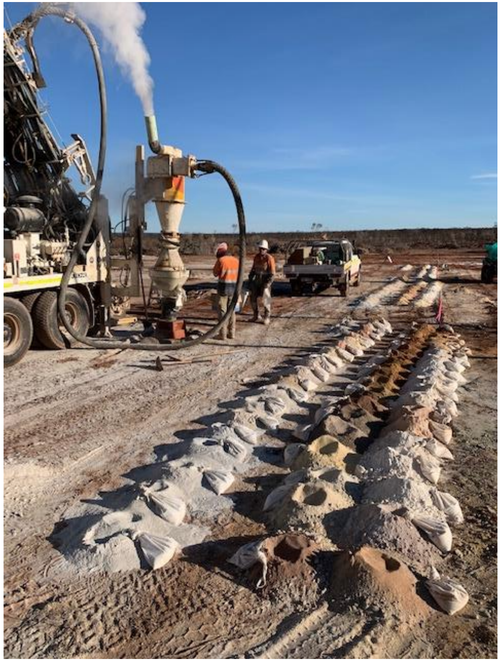 Building on Goodwin's comments, the next few rounds of RC drilling at Kat Gap will focus mainly on infill testing the main granite-greenstone contact north of the Proterozoic dyke for a strike length of some 400 metres.

Further RC drilling will also test the northerly and southerly extensions for another 100 metres to 200 metres along strike.

RC drilling will test the extent of the recently discovered supergene horizon south of the Proterozoic dyke out in the granite. Further drilling will then be conducted to determine the source of this new supergene zone.

The initial program will focus around the cross-cutting Proterozoic dyke where high auger values were returned along with a site located in the north-eastern most area of the geochemical anomaly.

There is strong potential for additional mineralisation to be identified up-dip, down-dip and along strike, both outside of and within the existing historical RC drill coverage.

Consequently, Classic presents as a news-driven story with the potential for numerous share price catalysts as this extensive exploration campaign progresses.