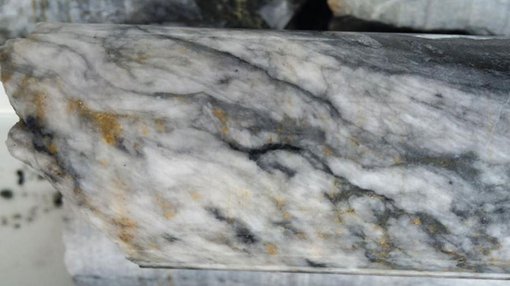 Golden Age is part of BLK’s Matilda Gold Project in the Northern Yilgarn region of Western Australia where it’s working to reactivate the mothballed Wiluna Gold Plant and process up to 100,000oz/pa drawn resources in the immediate area.

To make sure the plant is well stocked with high grade ore, BLK is drilling 3,500m at Golden Age to increase the size and confidence in its existing high-grade resource of 125,000oz Au.

GAUD0003 is the same drill hole that produced the visual gold, and assay results confirm its part of the inferred resource at Golden Age, which was previously estimated as a lower grade zone due to a lack of data. 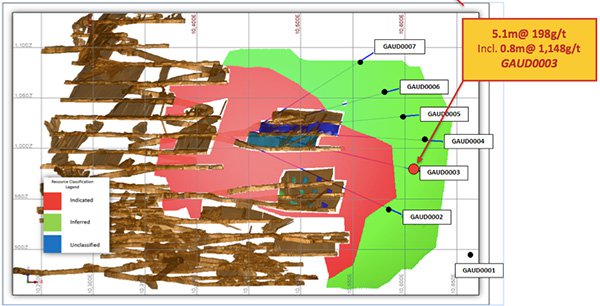 The other 10 holes appear to have hit the Golden Age structure as well but do not contain visible gold. Assay results from these holes are pending, and BLK is continuing to drill the reef.

Managing Director, Bryan Dixon, says the initial results at Golden Age confirm the reef’s high-grade potential. “The next drill results will confirm the potential for expanding the size of the Golden Age resource,” he says.

“The high-grade Golden Age ore will be blended with the Matilda open-pit ore to increase the average head-grade of the mill feed. Golden Age is just one of numerous high-grade quartz deposits in close vicinity of the Wiluna Gold Plant. Golden Age has established underground infrastructure that will allow mining to commence rapidly following the development decision.”