Blackham Resources (ASX:BLK) has upgraded the gold Resource at its flagship Matilda Gold Project. The Matilda Gold Project has 45Mt @ 3.2g/t for 4.7Moz within 20km of BLK’s Wiluna Gold Plant that’s capable of producing 1.3Mtpa for over 100,000oz per year.

Less than two weeks since its previous Resource upgrade, BLK continues to conduct fervent exploration at Matilda with a view of boosting its overall Resource and progressing to production as soon as possible. Currently progressing its Definitive Feasibility Study, BLK could well be back with further upgrades in the near term. 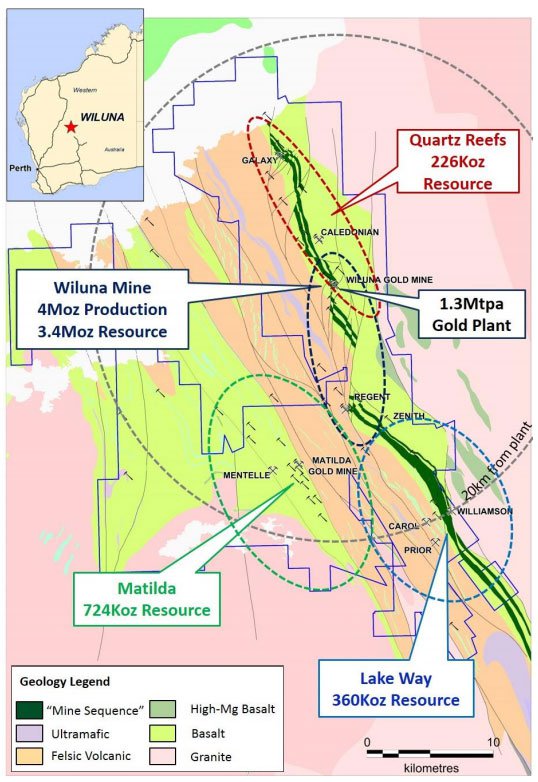 BLK says that the “increased confidence in the Williamson block model was the result of the inclusion of 5 diamond and 41 reverse circulation holes that were drilled in late 2015”. Williamson is a bulk-tonnage gold deposit with geological similarities to Thunderbox belonging to Saracen Mineral Holdings (ASX:SAR) and Gruyere operated by Gold Road Resources (ASX:GOR).

As part of its operations, BLK has also built up a “low-grade stockpile containing 100,000t of gold @ 1.4g/t for 4,500oz”, adding that the “material is ready for haulage and early production of gold”.

The entry into early production is likely to be a welcome revenue generator, balking at the assumption that junior explorers cannot become producers as part of exploration activity.

The Williamson gold mine is located 26km south of the Wiluna Gold Plant in Western Australia. The site was previously mined by Agincourt Resources between 2005 and 2006, producing a total of 663,871 tonnes at 1.98g/t for 42,353 ounces.

According to BLK’s exploration and resource estimates, its own mining will generate higher grade ore compared to Agincourt, with a larger quantity to boot. 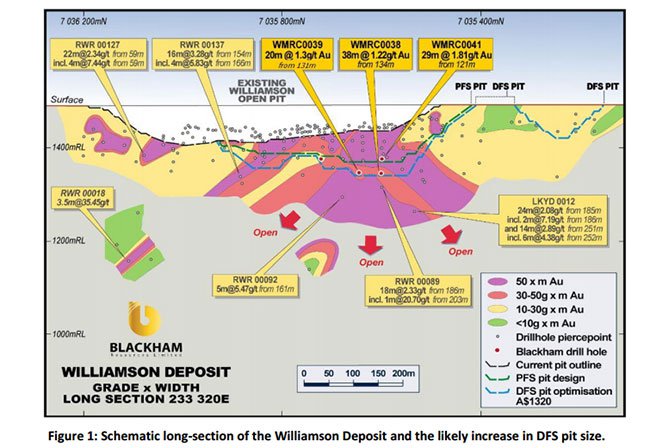 Metallurgical test work on the ore at Williamson shows that it is free milling with estimated recoveries of 95%. Oxide gravity results confirm 65%-71% gravity recoveries and total recoveries of 98.3%-99.5% after 24 hours of leaching.

As a comparison, the previous operator of the Williamson project was able to achieve a meager 31%-65% gravity recovery rate.

The Williamson region continues to be regarded by many gold mining analysts as under-explored which BLK means to address having initiated a detailed ground-based gravity and seismic reflection survey over the Lake Way area to “locate additional Williamson-style gold deposits under the alluvial cover” said BLK in a market update.

After recently completing a Pre-Feasibility Study (PFS), BLK is now progressing with its DFS which is expected to be completed by the end of February 2016. BLK could potentially announce further Resource improvements when its DFS is finalised.