A junior ASX-listed explorer tipped to become Australia’s next gold producer, has just published further drilling results from its WA project site. Blackham Resources (ASX:BLK) has announced that its latest drilling efforts from its flagship Matilda Gold Project continue to “intersect both broad mineralised and high-grade zones and are expected to upgrade a significant portion of BLK’s resource from the Inferred to Indicated categories”.

In its latest batch of exploration results, BLK reports that 79 RC drill holes for 5,637m will be added to its existing Resource estimate as the company pursues a strategy of “identifying further Matilda-sized deposits” of around 1 million ounces.

BLK intends to produce around 100,000oz per year when it goes into production, offloading its mined material to the Wiluna gold plant which has a throughout capacity of 1.7Mtpa.

Since then, BLK has been determined to complete the necessary exploration work in order to further boost its Resource and improve its project economics at Matilda.

BLK reports that “the Matilda mineralisation is soft, deeply weathered oxide with a number of stacked loads that often repeat along strike and down plunge”. BLK also told its shareholders that “Blackham’s drilling continues to target repeating lodes beyond the planned open pits”.

Two of BLK’s most promising ‘shoots’ are the M4 and M6 North shoots at Matilda.

Drill results from M4 and M6 are as follows: 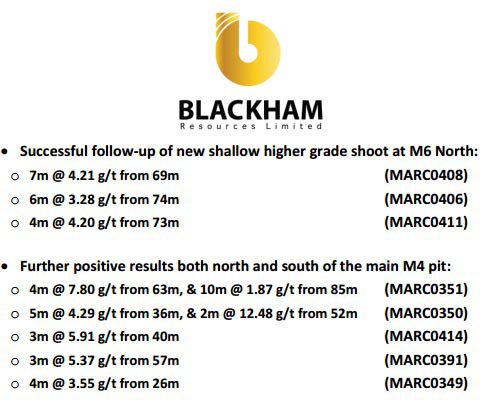 Initial results from M6 indicated a new Au mineralised corridor during sterilisation drilling back in February 2016. Since then, follow up drill results have shown intersections with Au grades as high as 12.48 g/t.

The M6 North area has been drilled to 50m vertical depth and to a spacing “that is likely to yield Inferred and Indicated resources with a maiden resource estimate for the area now in progress” according BLK. 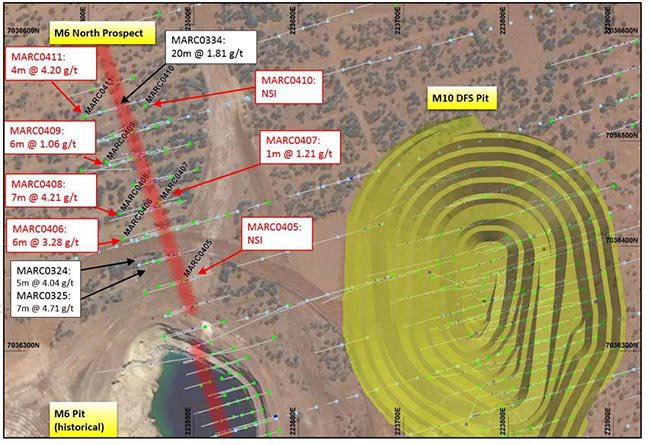 At M4, infill and extension drill holes including the associated ore shoots Iceberg 2, Hurricane, Thunder and Sixers have all returned numerous high-grade intercepts and are likely to result in conversion of additional Inferred resources to Indicate resources and mining reserves. 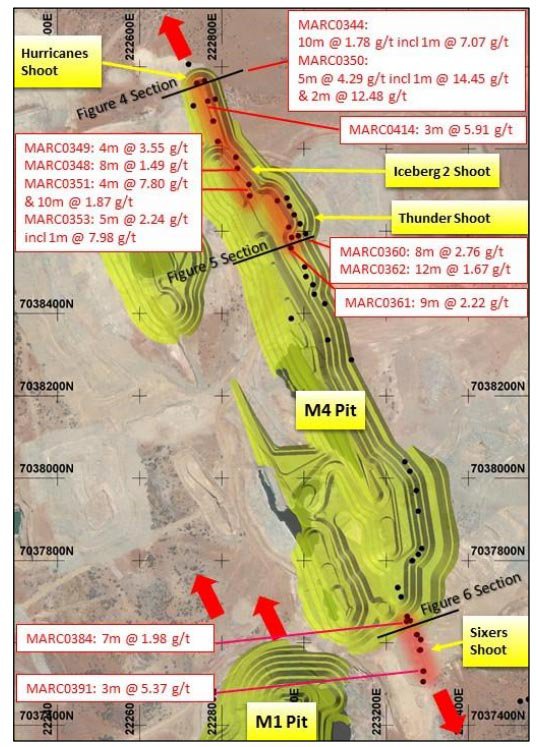 BLK’s exploration strategy is to test the full 10km-long strike extent of the Matilda shear zone to identify further Matilda-sized deposits of around 1 million ounces. BLK is now planning a gradient array UP geophysical survey to detect fold and sulphides beneath alluvial cover, followed by a large RAB program to test the basement”.