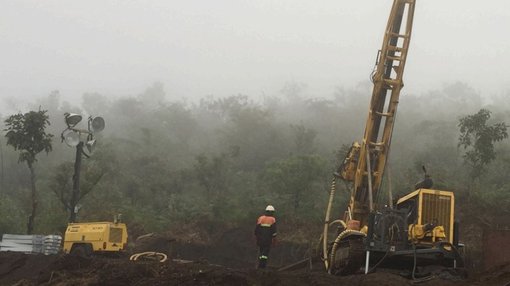 Black Rock Mining (ASX:BKT) has declared it has the biggest JORC graphite resource in Tanzania and the highest grade flake in the country.

Releasing its maiden JORC resource for its Mahenge project in Tanzania today, the company said that as a result of drilling over six months, it was able to declare a maiden resource of 131.1 million tonnes at an average grade of 7.9% total graphitic carbon.

It said that this makes it the fourth largest graphite resource in the world, as well.

About 40% of the total resource is within the higher ‘indicated’ category, with the rest falling in the less sure ‘inferred’ category.

This, BKT told investors, opens the possibility of an earlier payback period once production gets underway.

“The large Mahenge mineral resource offers significant flexibility for potential development into a long life (+30 year) mining operation,” it said in a statement.

“It has potential to be mined from multiple zones at low strip ratios, high-graded to accelerate capital payback in early years and can be scaled up in the future due to the large resource.” 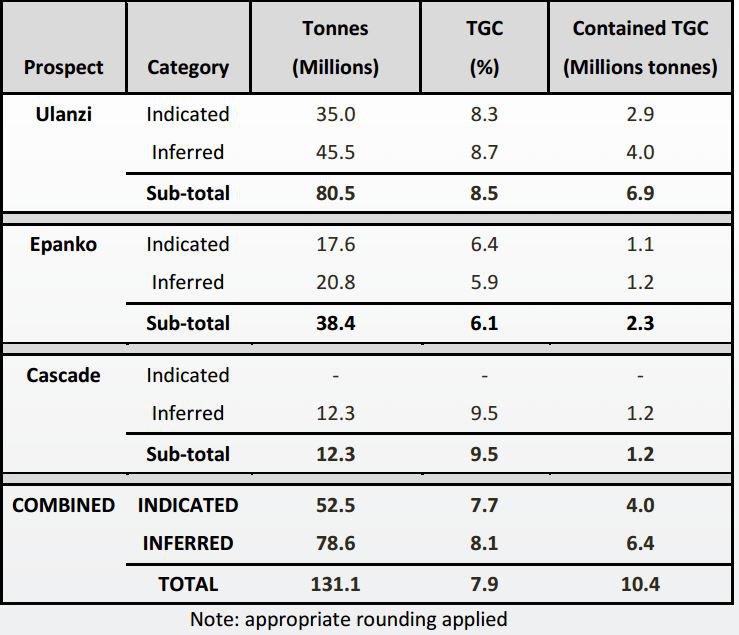 A breakdown of BKT’s resource by deposit

The company has yet to undertake a pre-feasibility study on the project though, with it telling shareholders that it is slated to release a scoping study next month with a PFS due some time after that.

Paying homage to the company’s exploration team and shareholders, BKT chairman Steven Copulos said that the JORC resource was justification for its strategy.

“This large-scale maiden resource is an excellent outcome for Black Rock Mining shareholders and justifies our commitment to explore the Mahenge region,” he said.

“The large resource with significant higher-grade portions and straightforward metallurgy are the key building blocks for the current scoping study.”

But while the company will move into scoping study and PFS mode, the drillbit won’t stop for BKT.

Over April and May it is planning on testing the eastern flank of Ulanzi, the flagship deposit, to define additional zones.

It is hoping to move more resource from the ‘inferred’ category to the ‘indicated’ by doing so – saying that while the overall resource would go up as a result of the drilling the main aim of the drilling would be to shore up its reserve.

BKT also said that it would focus on finding near-surface high-grade targets.