This represents an annualised increase of 170% relative to the December 2018 Resource.

The increase also includes Maiden Resources at Strathfield and Anomaly 38.

As a backdrop, the Bulong Gold Project comprises nearly 130 square kilometres of land. 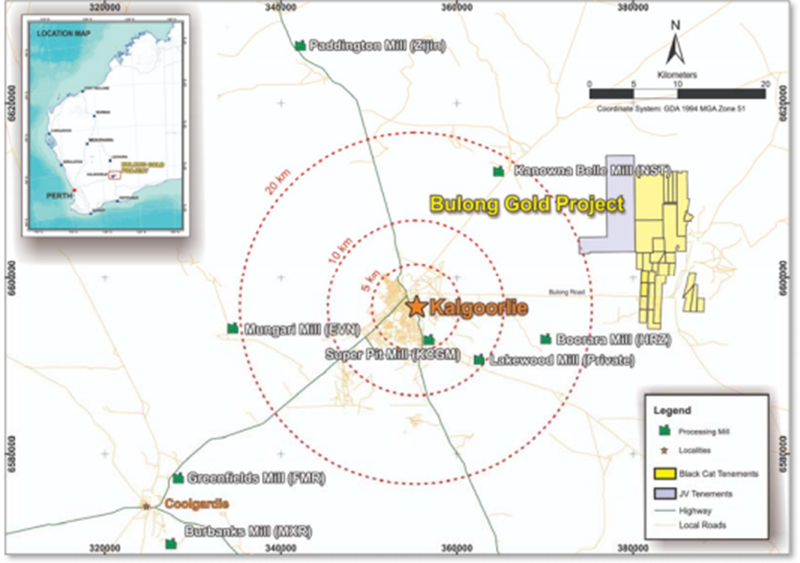 Bulong has a proven history of gold production that has been overlooked for over a century.

Pre-WW1 mining at Bulong consisted of small scale, high grade gold production of approximately 150,000 ounces at more than 30g/t gold, predominantly from the Queen Margaret mine.

Management believes there is also the potential to identify base metal targets within the region.

One of the key drivers of the outstanding increase was the Trump Resource which increased 120% to 42,000 ounces.

Management released further promising data regarding operational developments, noting that the discovery cost for resources reduced to $22 per ounce.

Management is also buoyed by the identification of near surface high-grade ore during early stage drilling.

Black Cat enters 2020 in a strong cash position which should support an active drilling program.