Birimian Gold (ASX:BGS) is off and racing in its transition from a gold play to a lithium player – unveiling its first drilling campaign at its Bougouni project in Mali.

BGs is aiming to drill 5000m at the project, which has an exploration target of 15 – 18 million tonnes of lithium oxide at an average grade of 2.2%.

The exploration target was informed by previous work done by mining consultancy CSA Global as part of a program funded by the World Bank aimed at stimulating the economy of Mali – which remains a high jurisdictional risk. Getting mining projects up and running in countries such as Mali is no simple feat, and there may be challenges ahead.

CSA Global undertook a systematic sampling program at the site to grab a bulk sample, which was then processed to produce a 6.7% concentrate – proving that rock from Bougouni could be processed into a saleable product.

The aim of the drilling is to fast-track an initial resource estimate and release a scoping study by the end of the year. 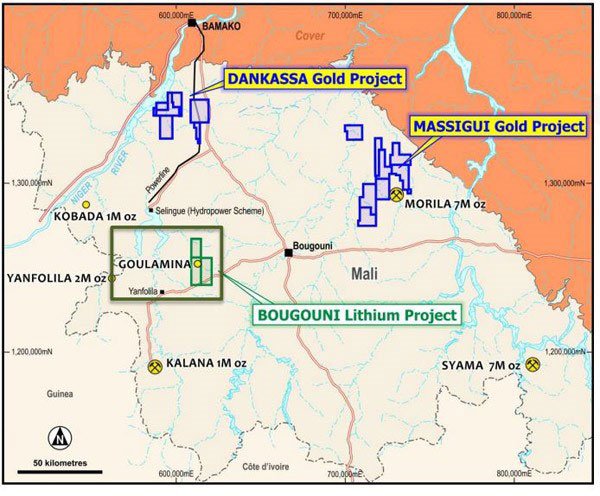