European-based Solo Oil plc (AIM: SOLO) recently confirmed that the company had taken the decision not to exercise its option to acquire a further 10% of Helium One.

When the agreement to acquire the initial 10% interest was negotiated in March, there was an option for Solo to acquire a further 10% interest within 90 days. However, management is of the view that the initial stake already provides a core investment with significant potential upside, and has taken the decision not to exercise its option.

As a backdrop, Solo Oil plc (AIM: SOLO), is a natural resources investment company focused on acquiring and developing a diverse global non-operated portfolio of strategic oil and gas assets.

Quality portfolio of projects at various stages on the development curve

With a number of other highly prospective investments in play, including the Ntorya gas condensate discovery in Tanzania and the Horse Hill oil discovery in the UK, Solo is spoilt for choice in terms of prioritising capital investment across the projects.

Consequently, management’s decision regarding the Helium One project should not be viewed as a negative, which perhaps was the case judging by the dip in its share price earlier this week.

Solo has a balanced mix of highly prospective early stage investments, as well as the more advanced Horse Hill project where flow tests were conducted in 2016 resulting in three separate zones being identified with record-breaking stable dry oil flows from all zones. The total combined flow rate was 1688 barrels of oil per day.

Consequently, the company has the potential to generate cash flow while developing other projects, providing both stability and a lesser degree of funding uncertainty. Solo’s investment portfolio is outlined below.

With oil and gas prices experiencing volatility Solo’s investment in a unique form of energy in helium is likely to be well received.

Helium One is a pure play helium explorer in Tanzania, with the group being an independent specialist explorer focused on becoming a major supplier to the global helium market.

Helium One has completed the acquisition of extensive airborne geophysical data with the preliminary grids expected to be received later in May 2017.

In parallel with this and to complement that data, after successful analysis of the soil micro-seepage survey completed in 2016, a further more detailed soil geochemistry survey is expected to commence in the third quarter of 2017.

To date, Helium One has collected and analysed almost 1,500 soil samples for helium, CO2, hydrogen, nitrogen and hydrocarbons in the most advanced project in the Rukwa licence area.

The work programme being undertaken in 2017 is intended to identify drillable prospects as soon as practical with drilling planned for 2018.

Helium makes for an interesting play at a time when there is extreme volatility in the oil and gas industry with one of the main obstacles being an oversupply which has forced OPEC producers to make production cuts, a move that has just been extended for a further nine months.

Just as Helium One has a first mover advantage in the helium market, Solo is now positioned to capitalise on an anticipated surge in demand for the commodity, particularly given the lack of new supply coming on stream.

Discussing the attributes of the Rukwa asset, Solo’s Chairman, Neil Ritson said, “Helium One’s licence areas, and especially Rukwa, represent one of the most exciting new potential sources of commercial helium in the world today, with the most recent results from the field continuing to be very encouraging, and the integration of all the data will move us much closer to drilling a subsurface trap”.

Current global helium demand is approximately 6 billion cubic feet (bcf), making the scale of the Rukwa resource of strategic global importance to the future supply of helium over the coming decades.

With limited new supply coming on stream and the shutdown of the US Federal helium reserve in 2021, Helium One is well placed to potentially become a significant player in the global market.

Assessing the demand side of the equation, Ritson highlighted the fact that helium is a naturally occurring elemental gas which is critical to the function of superconductors used in several forms of scientific and medical scanners, such as magnetic resonance imaging machines (MRI).

Helium also has extensive uses in computing and communications infrastructure manufacture, industrial testing and transportation. Furthermore, it is a non-substitutable commodity with boiling point close to Absolute Zero, as well as possessing inert, low atomic weight with small molecules.

Global demand for helium has been growing at an annual rate of approximately 3% and this is estimated to continue, if not accelerate given the prospect of demand from new technologies. Consequently, the projected supply deficit presents a significant pricing opportunity for future producers.

While Solo traditionally is a non-operator in relation to its investments, in the case of Helium One its expertise in upstream oil and gas will be used to progress technical work and derisking prospects ahead of exploration drilling which is currently scheduled for 2018. 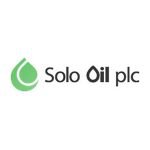