Shares in Axiom Mining (ASX: AVQ) traded as high as 13.5 cents on Thursday, up 12.5% on the previous day’s close, after the company announced that it had been granted approval by the Solomon Islands Government to further develop its tenement in a mineral rich area of Guadalcanal Island.

Of course it should be noted here that share trading patterns should not be used as the basis for an investment as they may or may not be replicated. Those considering this stock should seek independent financial advice.

Having 100% ownership of this prospecting licence is highly strategic in terms of the company’s overall operations, in particular its plans for the Isabel Nickel Project.

Commenting on this development, AVQ’s Chief Executive, Ryan Mount said, “The reissue of this licence represents the first successful outcome of Axiom’s licence renewal strategy and validates the sensitive and respectful approach that we have taken with key stakeholders including the Solomon Islands government in pursuing our major licence renewals.”

As a backdrop, the tenement is situated in the west of the Guadalcanal Island, Solomon Islands, a highly prospective region for epithermal gold-silver and porphyry copper-gold mineralisation.

Since the Solomon Islands gained independence in 1978 there have been a number of owners, operators and joint-venture operators of the project including Niugini Mining, which discovered the Lihir Island gold mine, as well as BHP, and more recently Xstrata Copper (now Glencore).

AVQ is of the view that its project is one of the most prospective areas for gold, silver and copper including hosting a carbonate base metal gold epithermal corridor which is greater than 10 kilometres in length and hosts at least three exploration targets. 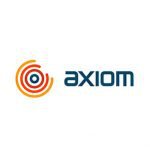