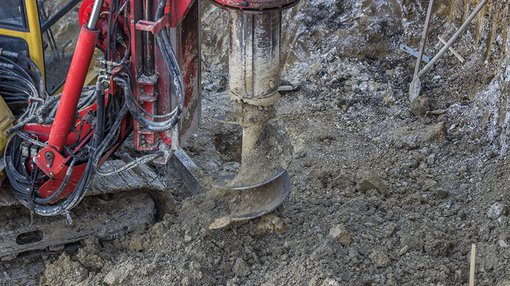 The positive metallurgical tests, combined with the results from AXE’s earlier drilling at the site, both reinforce the potential for the company to produce significant cobalt and manganese at Ketchowla.

Last year the company completed an RC drill program at K1 and K2, and a three metre composite from K1 was submitted for metallurgical testing to evaluate if and how the manganese, cobalt, copper and other metals could be recovered. K1 is part of a larger mineralised 20-kilometre structure at Ketchowla.

Today’s promising results indicate a recovery rate of more than 90 per cent for cobalt, copper, manganese and nickel including:

The results demonstrate that recovery of the metals can be done through the use of sulphuric leaching at atmospheric pressure and ambient temperature.

The test work was undertaken in two stages. Stage 1 is called ‘desliming’ (the removal of clays) and gravity separation to make a concentrate that can be leached. Stage 2 is the actual leaching of the concentrate using sulphuric acid and sulphur dioxide (to control the pH).

Archer’s Executive Chairman, Greg English described today’s results as encouraging. “To be able to achieve cobalt recoveries of up to 8.66 per cent and manage recoveries of close to 100 per cent greatly enhances the potential of Ketchowla. The leaching was undertaken using standard mineral processing techniques without the need for Archer to develop new processes. The ability to use ‘off the shelf’ technology significantly de-risks the project,” he said.

The initial baseline leaching test was conducted with sulfuric acid alone and resulted in low levels of recovery. However, the introduction of sulphur dioxide significantly improved the recovery, particularly of manganese and cobalt, as shown in the table below:

These promising results — including manganese extraction of close to 100 per cent at a PH level of 1, over 96 per cent cobalt and nickel extraction and 91 per cent copper — go a long way towards displaying the potential for a simple leaching process for AXE once at production stages.

Exploration already completed by the company has identified extensive outcropping of cobalt and manganese –rich mineralisation across the Ketchowla project area (K1 to K9 structures) and has pegged several further targets for follow up exploration.