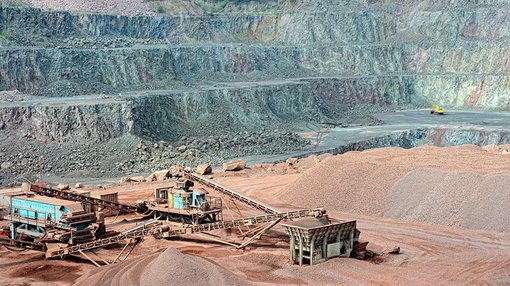 Both companies announced the news today, as the transaction delivers on Metallica’s strategy to focus on other assets, and as the Farm-In Joint Venture previously in place between the two companies is now superseded.

The Sconi Project is considered the most advanced project of its kind in Australia, with mining approvals in place and an advanced Bankable Feasibility Study. It has been compared to Clean TeQ’s Syerston Project in relation to its in-situ resource size/grade, metallurgy, geology and expected resource recoveries.

However, AUZ remains a speculative investment and investors should seek professional financial advice if considering this stock for their portfolio.

The below image shows the number and location of all AUZ’s projects once the transaction is complete: 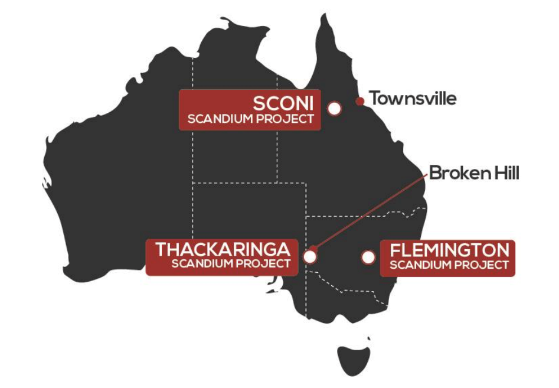 Australian Mines shares issued to Metallica will be subject to a three-month escrow period. The final payment to complete the purchase is expected five days after a number of conditions are met by Australian Mines, including shareholder approval and completing a capital raising to fund the payment. AUZ has already successfully raised $3.5 million via a placement at $0.015 per share to assist in the initial cash payment.

Once completed, AUZ will be the 100 per cent owners of the Sconi Project, to coincide with the company’s 100 per cent interest in other projects including its Flemington Cobalt-Scandium-Nickel Project as well as its emerging Thackaringa Cobalt Project, as shown in the map above.

Listed below is the JORC Resource for Sconi, as announced on 31 March 2017:

In commenting on the purchase agreement, AUZ Managing Director Benjamin Bell said, “This represents a landmark acquisition for Australian Mines and reinforces our confidence in the future success of a long-term mining and processing operation in northern Queensland.

“We continue to deliver on our strategy, announced last October, of becoming a leading technology metals project developer and long term supplier of cobalt and nickel sulphates to the global battery materials market.”

Metallica CEO, Mr Simon Slesarewich said: “This transaction represents an opportunity for SCONI to be progressed even more effectively, to the benefit of both parties.

“Metallica is set to retain significant exposure to the project by taking equity in Australian Mines and having additional payments linked to commercial production.”