The permanent water allocation is more than adequate to support the scale of mining and processing operation anticipated at Flemington across the entire life of operations as projected in the company’s scoping study.

AUZ also advised that it had submitted a Preliminary Environmental Assessment (PEA) under the New South Wales Environmental Planning and Assessment Act. Management noted that detailed work completed in preparing the assessment did not identify any significant environmental issues and represents a major milestone towards the granting of the company’s mining lease which covers an area of nearly 4000 hectares.

Importantly, the scandium footprint similarly increased threefold based on the assay results from this program with the high grade scandium mineralisation confirmed to outcrop across the project area.

AUZ expects to release a maiden cobalt mineral resource and upgraded scandium mineral resource estimate during the week commencing Monday, October 16, and this will be followed by a prefeasibility study on the Flemington project.

Commenting on these developments, AUZ’s Managing Director Benjamin Bell underlined the fact that the water license was purchased on the open market and would have no impact on the total water usage by the region.

This is just one of the company’s initiatives that have been aimed at minimising the projects footprint in the rural community, and it is also evaluating prospects such as renewable energy options to power mining and processing operations.

However, any news is speculative at this stage therefore investors considering this stock for their portfolio, should seek professional financial advice.

It has been an active period for the company as highlighted by Bell in saying, “The results of the recent resource extension drilling program reaffirmed that the mineralisation at Flemington is an extension of that found at the Syerston project with which it shares a tenement boundary, and that Flemington hosts a world-class deposit in its own right, able to produce cobalt sulphate and high quality scandium oxide for global customers”. 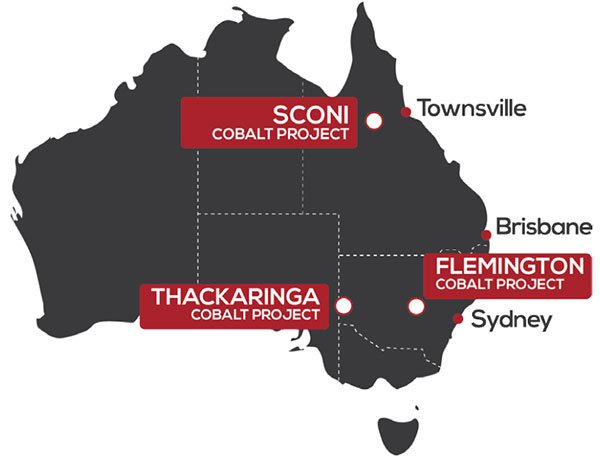 Meeting demand for battery and technology metals over coming decades represents a major opportunity, and Bell sees AUZ as well-placed to capitalise on demand as it progresses both the Flemington project and its flagship Sconi cobalt-nickel-scandium project in North Queensland.

Bell confirmed that AUZ was on track to complete the Bankable Feasibility Study (BFS) on Sconi by the end of April 2018.

The recent strong news flow has had a positive impact on the company’s share price with it increasing more than 50% since June. Just last week the share price surged 20% from 1.5 cents to hit an intraday high of 1.8 cents under near-record volumes.

This appears set to continue as AUZ is very much a news flow driven story. As the company completes resource upgrades, as well as the PFS and BFS there is the potential for further upside.