Australian Mines Limited (ASX:AUZ) has informed the market that it has successfully verified the strength of response from conductor BR_02_CC as ‘high enough’ to most likely be a massive sulphide body.

An independent geophysical consultant has recommended follow-up drilling to determine which type of sulphide may be responsible for the FLEM response.

Modelling recently received FLEM data indicates a conductive body is buried at the BR_02_ location and is only approximately 100 metres below surface.

Yet AUZ remains a speculative stock and investors and investors should take a cautious approach to any investment decision made with regard to this stock.

The FLEM response can be seen as below: 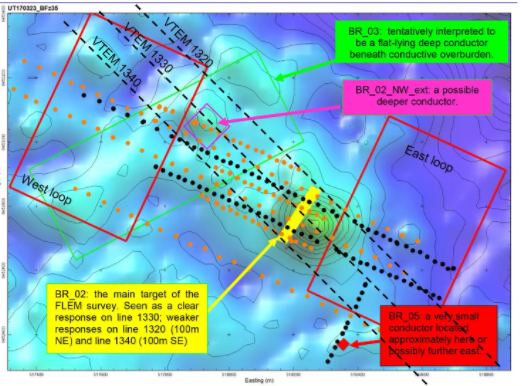 Adjacent anomalies BR_03_CC and BR_05_CC were also targeted during the FLEM survey, which were interpreted as priority 2 targets in a previous AEM report.

BR_03_CC and BR_05_CC will remain secondary targets, due to limited ground access and the promising results returned from BR_02_CC.

The company also informed shareholders that its soil and surface sampling program at Thackaringa was progressing well, with sampling campaigns complete at Target Area A and B, with Target Area C due for completion in May.

Results from the sampling are expected to be available from June 2018.

AUZ Managing Director Benjamin Bell commented on the update, “The results of the Company’s recent geophysical survey absolutely warrant follow-up with a maiden drill program to test the BR_02_CC anomaly.

“This region, near Broken Hill, is well-endowed with cobalt-bearing sulphide geology, and to see the potential of the area you only need to look at the recent announcement from our immediate tenement neighbour Cobalt Blue, which upgraded the tonnage of its Thackaringa cobalt resource by 31%, off the back of recent drilling,” he said. 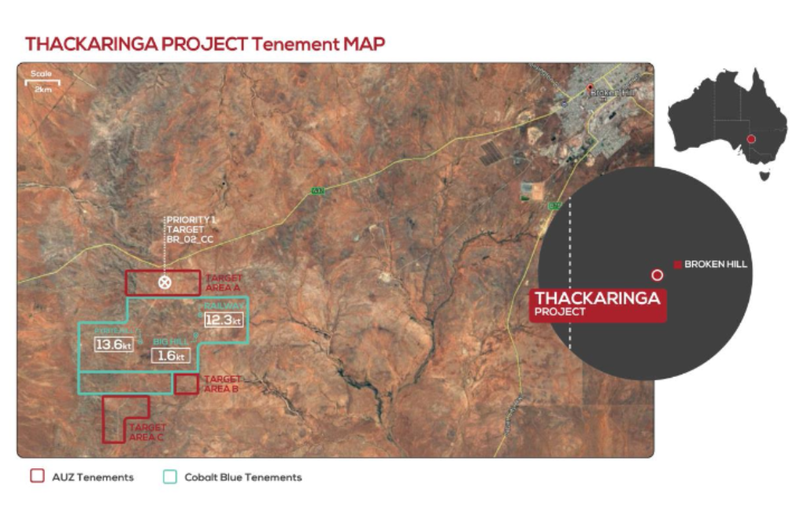