Australia on a Path to AXE China’s Global Graphite Dominance 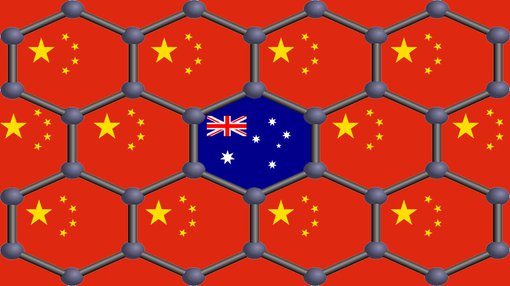 Furthermore, AXE has announced the capability to upscale existing graphite resources into grades beyond 99.9% using its proprietary processing techniques, recently affirmed by the CSIRO, a highly esteemed Australian research laboratory. Graphite can sell for between $1,000 – $30,000 per tonne depending on the quality, identified as a combination of flake size and TGC content.

In its latest test results, AXE has confirmed its exploration of South Australia’s Eyre Peninsula has led to the discovery of high grade graphite at all three of its projects in the region. More specifically, graphite from a previously untested site – Lacroma – has undergone metallurgic tests to show ultra-high grade graphite of 98.6% TGC.

AXE Managing Director, Gerard Anderson says that, “We now have three graphite bodies with the same basic graphite morphology and all can be processed using the same processing flowsheet to deliver very high purity fine graphite”. AXE’s three core projects effectively give AXE “the flexibility to either increase the life of the current project or increase annual production of high grade graphite in line with market conditions” says Mr. Anderson.

In total, AXE has 2,154 sq. km of land under tenure on the Eyre Peninsula in South Australia with 3 graphite deposits and 10 prospects identified to date. AXE currently controls Australia’s largest graphite JORC Resource at 8.55 Mt @ 9.0 Cg, for 770,800 tonnes of contained graphite. All of AXE’s graphite projects are 100% owned with AXE aiming to produce three distinct varieties of graphite, to suit different commercial applications of its products. 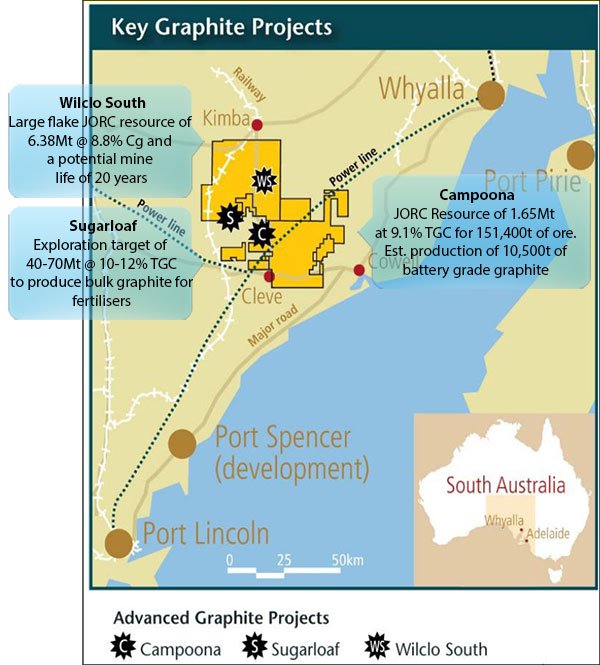 The Campoona Shaft project saw a draft mining lease submitted in May this year and AXE estimates the project will achieve open-pit mining of 140,000 tonnes of graphite ore and at least 10,500 of battery-grade graphite each year. If achieved, Campoona Shaft could be a significant revenue driver for AXE.

According to AXE’s Chairman Greg English, the company is now in discussions to secure offtake partners for its graphite production while in tandem progressing with its exploration, conducting R&D on graphite processing techniques and pursuing exploration of other resources such as Magnesite and Gold.

Graphite and its close derivative, graphene are expected to become very large, commercially lucrative markets in the coming years, backed by a recent push into lithium-ion batteries.

Companies such as Tesla have introduced sophisticated technology that stores energy in efficient batteries to be used on-demand. Lithium-ion batteries are heavily dependent on high grade graphite, lithium as well as other metals such as cobalt.

With the expected boom in the use of lithium-ion batteries, a plethora of explorers have turned their attention to graphite exploration given the expected rise in demand and high existing sale prices.

China is currently the largest producer of graphite courtesy of a multitude of offtake agreements secured with East African miners as well as its own domestic production. So much so, that China now supplies 75-80% of global graphite sales, estimated to be around 2 million tonnes, evenly split between natural and synthetic variants.

Synthetic graphite is considered more difficult (and costly) to produce with a tonne typically costing in excess of $6,000 to produce. AXE has demonstrated that it can produce natural graphite at comparable qualities to synthetic substitutes for around $2,000 per tonne therefore making a compelling business case to become Australia’s prime graphite producer, having already secured the largest JORC resource in Australia.

Chairman, Greg English is confident AXE can go further than just securing a large graphite resource and looking for offtake partners. Mr. English explained that, “We [AXE] are complimenting Australia’s largest JORC resource with the ability to upscale existing graphite to the highest possible grades in excess of 99.99% as required by our customers”.

One aspect AXE has removed from the equation is the question of quality. Independent analysis of its graphite carried out by the Commonwealth Scientific and Industrial Research Organisation (CSIRO), a leading multidisciplinary research organisation and highly regarded in the mining industry globally, has revealed that AXE’s high-grade products are suitable for lithium batteries while its bulk low-grade material is suitable for fertilisers. These two confirmations are likely to support AXE’s search for future offtake partners.

In addition to laying claim to Australia’s largest graphite resource, AXE also owns the world’s largest cryptocrystalline magnesite resource at Leigh Creek in South Australia, totalling 453 million tonnes with a grade of 41.3% MgO. According to estimates, this accounts for over 50% of the world’s magnesite reserves. 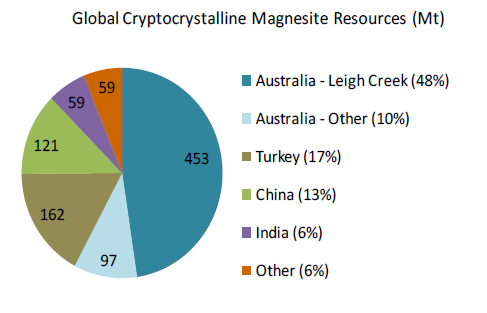 Magnesite has mostly industrial applications – being used to make Magnesium and as well as caustic calcite magnesia (CCM). Direct human use of Magnesite is limited to ‘Milk of Magnesia’ – a common cure for indigestion, upset stomachs and digestive ailments.

In some quarters, Magnesite is expected to stage a resurgence on the global stage driven by the construction industry that is quickly substituting Gypsum wallboards with wallboards made from Magnesium oxide – and making buildings more fire resistant, mould-free, water resistant and cheaper to build.

One of the biggest adopters of magnesium oxide in property development has been China as part of its rapid economic expansion.

AXE has engineered a way to produce high grade graphite (and graphene) without the requisite of jumbo flake sizes or turning to synthetic graphite.

As confirmed by the CSIRO, AXE’s graphite can be used in lithium-ion batteries and that AXE can produce natural graphite that is just as effective as its synthetic variant – only much cheaper to produce.

The commercial upside for AXE is that by focusing on premium high-grade production, AXE can insulate itself from a sudden increase in supply as juggernauts Syrah Resources (ASX:SYR) and Triton Minerals (ASX:TON) go into production in the next 2-3 years.

AXE is quietly confident that its mining lease will be approved at the start of 2016 enabling the explorer to begin construction of a processing plant in Q1 2016, and be ready for production less than 12 months after that.

AXE will require approximately $36 million to build a 10,000tpa processing plant and in order to fund this, the company is actively talking to off-take partners.