In the coming weeks, AusQuest Limited (ASX:AQD) will be delivering results from recently commenced diamond drilling at its Telegraph Base Metal Prospect, part of the company’s Balladonia Project in the Fraser Range area of Western Australia.

The Balladonia Project is subject to the company’s Strategic Alliance Agreement (SAA) with South32.

From a geological perspective, the anomalous metals occur within intense clay/silica/pyrite alteration that can extend to depths of at least 100 metres.

A total of approximately 1,000 metres of diamond drilling is planned to test beneath the alteration zone using the earlier RC drill-holes as pre-collars for this drilling program. 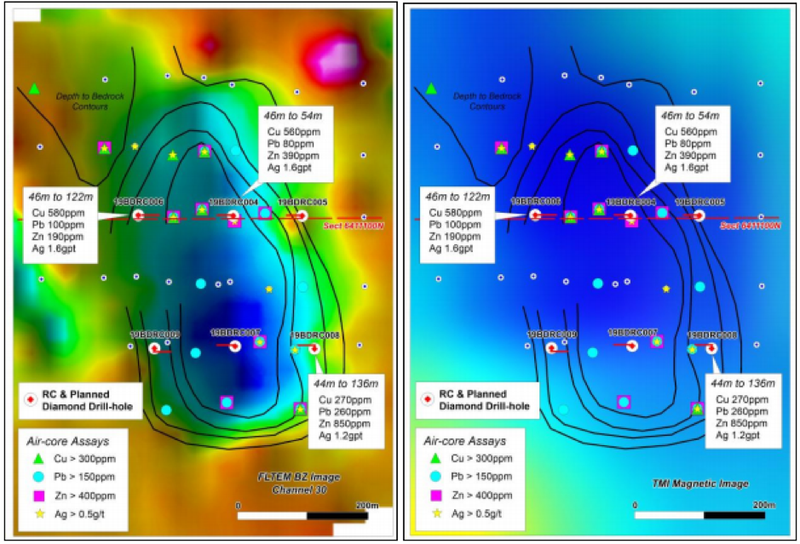 The exploration campaign should take approximately two weeks to complete with assays expected within three weeks of the drilling being completed.

Clearances have been obtained for an additional six drill-holes at the prospect should they be needed, pending results from the drilling program.

Shares rebound ahead of results

Commenting on these upcoming developments, managing director Graeme Drew said, “Assay results received from the RC drilling completed in December 2019 were very encouraging, confirming the prospectivity of the area and building the picture of a strong base metal target at depth.

“We look forward to reporting the results of the current diamond drilling program as they come to hand over the coming weeks.”

It would appear investors are optimistic regarding’s AusQuest prospects with its shares surging 20% in the last fortnight.