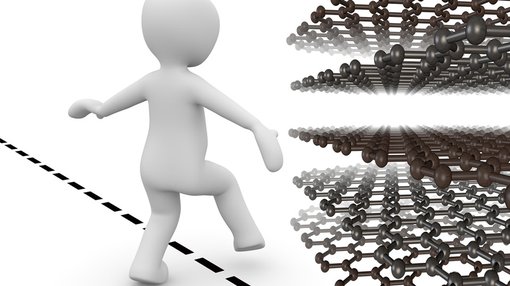 Archer Exploration (ASX:AXE) has received confirmation from authorities in South Australia that its application for a southern extension of its Sugarloaf prospect has been successful. Archer outmanoeuvred other contenders for the extension as part of a competitive selection process managed by the SA Department of State Development.

ASX-listed AXE currently has the largest graphite resource in Australia under the JORC code, with 100% ownership of 16 tenements dotted across South Australia, spanning more than 5000 sq.km. Exploration drilling done by Archer at Sugarloaf supports an Exploration Target of 40 – 70 million tonnes at a grade of 10 -12% TGC. 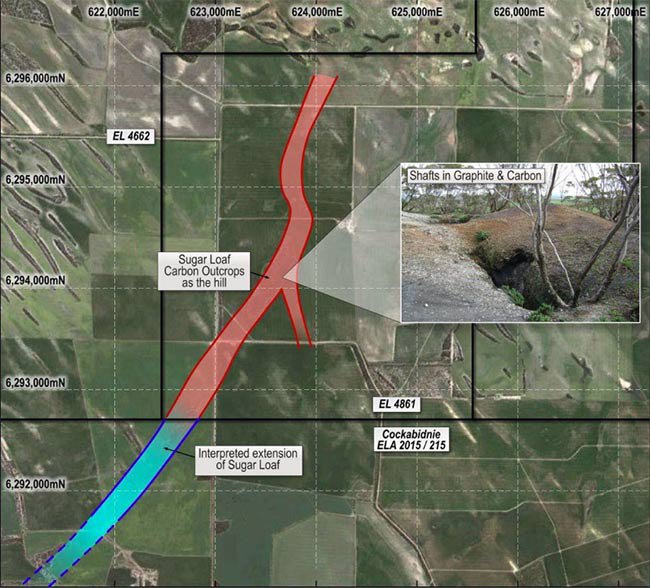 The reason behind Archer’s extension application was due to previous exploration over the area “identified numerous graphite outcrops and extensions to Central Campoona and Sugarloaf” said AXE in a market update. Archer is hopeful that it can increase the size of Sugarloaf and therefore improve its own Resource size.

Archer Exploration’s Sugarloaf project is located next to a proposed graphite processing plant near Cleve on the central Eyre Peninsula where a hub of graphite deposits are being developed to supply the global battery market. Archer Exploration wants to become one of Australia’s key graphite producers in order to take advantage of the growing surge in demand for lithium-ion batteries that use substantial amounts of high grade graphite as part of the their manufacturing process. 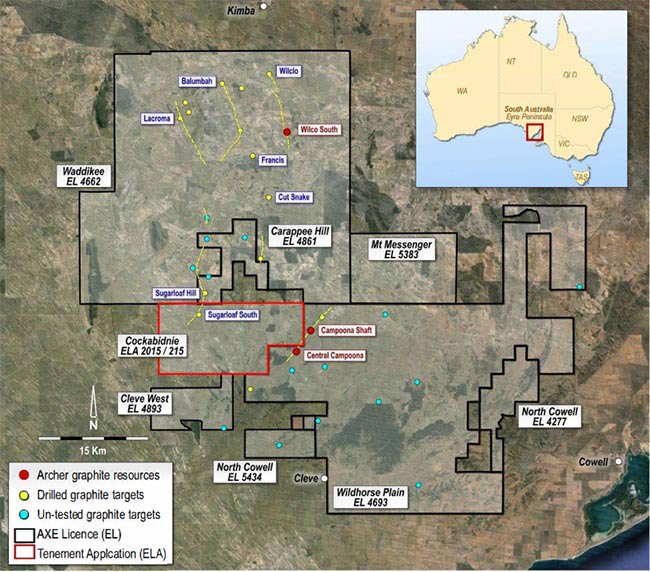 When submitted to the University of Adelaide for testing, researchers conducted a series of three different tests using raw Sugarloaf graphite, including wheat plant trials, to principally examine plant growth, plant nutrient uptake and soil acidity/pH impacts. The first batch of results showed that Archer Exploration’s Sugarloaf graphite would be most optimal as a soil conditioner and remediation agent. The assessment adds a different dimension to AXE’s portfolio, and opens the possibility of collaborative agreements with farming-related entities.

Where Sugarloaf has gradually proved itself to be more of a low-grade, farming-focused graphite play; Archer Exploration’s Campoona prospect is firmly focused on high grade graphite to be offloaded to battery manufactuers.

Tests have shown that Central Campoona contains a similar high purity graphite suitable for lithium-ion battery anodes. This graphite has been shown to perform at equivalent or better levels than commercially available synthetic graphite for lithium-ion batteries. Additional testing will look to further improve the anode performance through spheroidisation (conversion of grains into spheroids) of Campoona’s graphite.

Upon the grant of the extension, Archer Exploration’s immediate plans are to model and review the existing geological information to determine a revised Exploration Target for Sugarloaf and to identify any extensions to Central Campoona.

In terms of domestically active Australian graphite explorers, Archer Exploration retains the largest JORC Resource which could potentially be further bolstered and updated in the coming months.