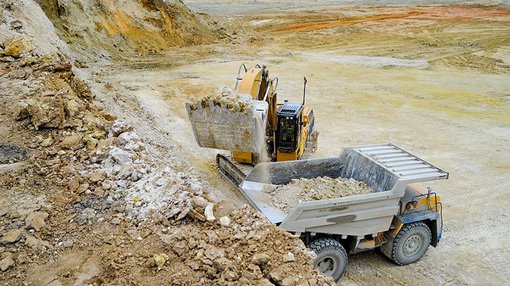 The sampling programme at the Blue Hills discovery is part of an ongoing program to assess the geometry, grade characteristics and extent of the copper mineralisation. Today’s high grade infill soil sampling results continue to reinforce the significant potential for a large mineralised system at Blue Hills.

AXE has now collected over 4700 samples, over an area of 40 square kilometres across three large copper anomalies — Hood, Hawkeye, and Katniss. The quality and size dimension of the results continue to be consistent with the early stages of a large, greenfields copper discovery.

The 50m x 50m infill sampling program is providing the first close-spaced data required to assess continuity and geometry of known copper mineralisation. This follows up on the previous wider-spaced sampling (100m x 100m or wider).

This higher sampling density provides AXE with a clearer indication of the extent of mineralisation at Blue Hills. The results identify the presence of two large parallel copper-mineralised corridors which cross cut local stratigraphy incorporating the distinct Hood, Katniss and Hawkey anomalies.

The results upgrade the largely untested potential in the Hood copper discovery, as well as the copper potential over a large parallel mineralised corridor at the nearby Katniss and Hawkeye anomalies.

New copper mineralisation discovered to the south east suggests further continuity along strike and under cover, as can be seen on the map below. 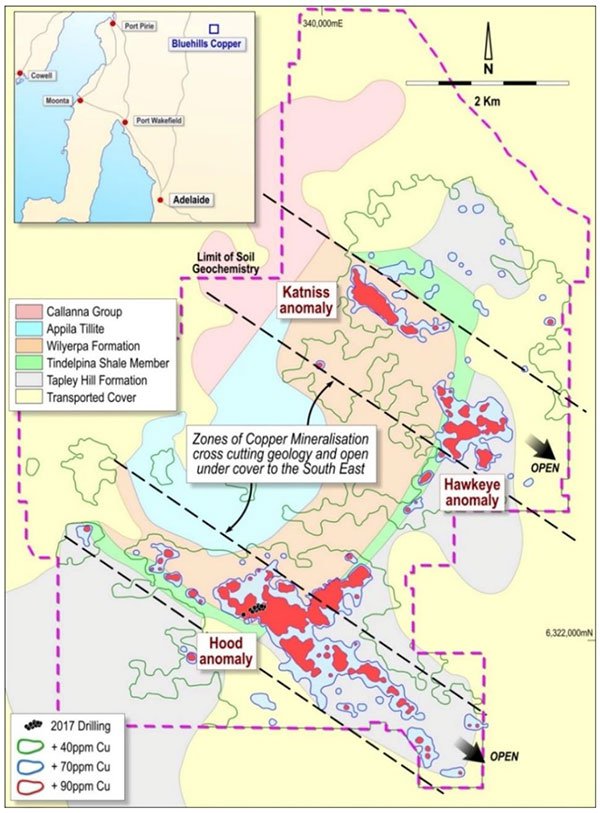 Today’s results confirm that these three anomalies are situated on two large, parallel copper mineralised corridors that cross cut the geographical area, as seen below. 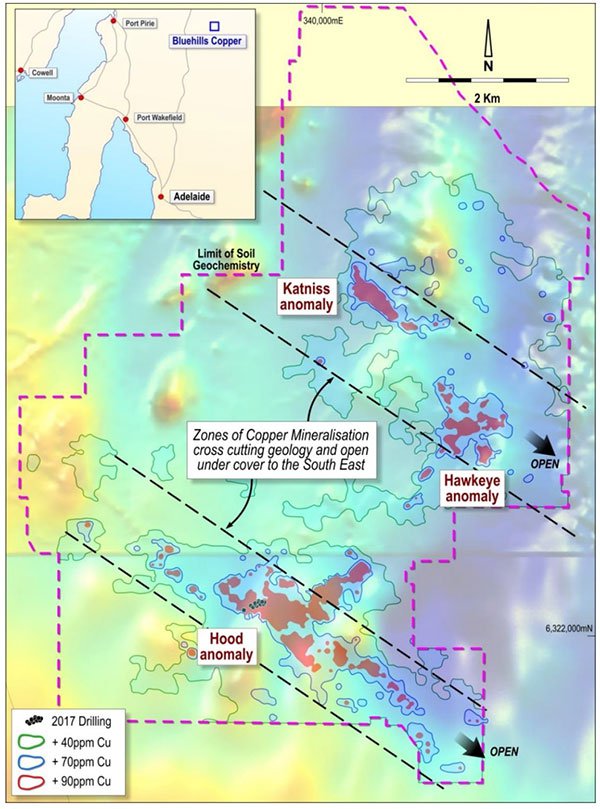 The higher grade copper mineralisation appears to cross several geological formations rather than being constrained to one formation. The Hood anomaly features in one corridor whereas the Katniss and Hawkeye anomalies are in the other. These NW-SE mineralised corridors represent a large target area for future copper exploration.

AXE has follow up geophysics planned, which has the potential to extend the current known mineralisation.

Having identified the two zones of mineralisation, AXE can now plan and execute an electro-magnetic survey over the anomalies to determine the presence of conductive bodies at depth. Once processed, this data, combined with the existing drill and soil sampling data, will be used to identify future drill targets. AXE expects to undertake this work beginning in 2018.