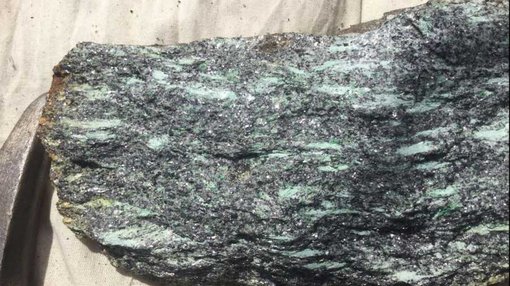 Archer Exploration owns the largest JORC 2012 graphite resource in Australia and according to Mr English, AXE’s tenements have significant potential for further increases in the size of its resources.

Mr English said, “The nature of our deposits provide us with a wide spread of flake sizes, and various forms of graphite that give rise to a variety of potential end market users.

“We have identified two immediate potential projects, with the prospects of a third as we progress.”

Those projects are the initial Campoona Shaft graphite project, which is the basis of the battery grade graphite exploration, the Sugarloaf deposit which provides a massive outcropping deposit with an exploration target of 40 to 70 million tonnes of graphite at 10% to 12% carbon and a third potential project that exists in the recently acquired Waddikee tenements – a long-term play which also contains large flake graphite.

When we last covered AXE they had just signed a Heads of Agreement with the Board of Leigh Creek Energy Limited (ASX:LCK) to explore synergies within their respective Leigh Creek Projects where its major magnesite resource resides.

At current estimates, AXE controls over 50% of the world’s Magnesite reserves.

“Our proposed project is to produce magnesia, which is magnesium oxide. It has a huge variety of applications and can be readily produced through heating the magnesite at high temperatures. The magnesite deposit is vast with the potential to support a mine life in excess of 100 years.”

However, it is the graphite deposits that are garnering the most attention.

AXE has put a lot of time and resources into pulling together its Campoona Shaft Mining Lease. To do so, they have conducted numerous studies into the technical, environmental and social aspects of the project and included widespread consultation with local farmers and government. The project has all necessary infrastructure in place.

As you can see by the illustration below the technical aspects are positive.

There are high expectations for the Campoona Shaft project

Formal approval for the Lease could take up to six months and during this time AXE will undergo the next phase of its battery testing.

Meanwhile AXE is working closely with University of Adelaide to research proof of concept for the potential application of Sugarloaf carbon.

The research has shown the carbon has unique qualities that underscore its potential as a sloil conditioner and slow release fertiliser.

To push these projects further, AXE recently received $1.5M R&D refund from the Australian Taxation Office (ATO). With the Company pushing down its operating costs, Mr English said it could run with that money for the next 8-12 months.

However he is not ruling out pursuing other projects as they come along that will create significant shareholder value.

In the meantime it is full steam ahead for Archer Exploration as they test their Campoona graphite against commercially available lithium iron-battery lithium quality graphite.

AXE is aiming to be a boutique producer of high grade graphite and in the next six months aims to crystalise its opportunities.