Apollo Minerals (ASX:AON) has identified a number of new high priority drill targets at its Eaglehawk joint venture project in the Gawler Craton of South Australia.

These will be drilled as part of the current 2,300 metre drill program at the wider Titan Project area, targeting large scale IOCG deposits.

The new targets identified at Eaglehawk, where AON is currently earning a 75% interest from Mincor Resources (ASX:MCR) by spending $1.7 million, will be the first prospects drilled in this recognised high priority IOCG corridor.

These targets were identified from geophysical modelling and review of recent and historic surveys.

As part of this work, an 18 km2, 1.5mGal extension to the Bundi IOCG target has been identified, which will be drilled along with the 12 km2, 3 mGal Boulder target, and the 20 km2, 2 mGal Claypan target.

Notably, the Bundi target has a gravity signature comparable to Olympic Dam.

Several other prospects each measuring over 5 km2 will also be drilled, along with a number of smaller anomalies up to 2 km in strike length.

The only historic hole in this area was drilled within 5 km of the new Eaglehawk drill targets. It was terminated at 33 m depth after intersecting reddened and weakly brecciated granitoid. This is believed to belong to the Hiltaba suite, which is the key target suite for economic IOCG mineralisation.

One hole will be drilled into the top of a number of targets to test for signs of alteration and IOCG mineralisation, and follow up drilling will systematically evaluate the targets which return encouraging initial results.

Investors will be updated with developments as they come to hand during the course of drilling. 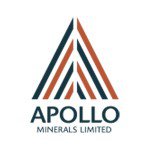