Another positive round of exploration results for PolarX 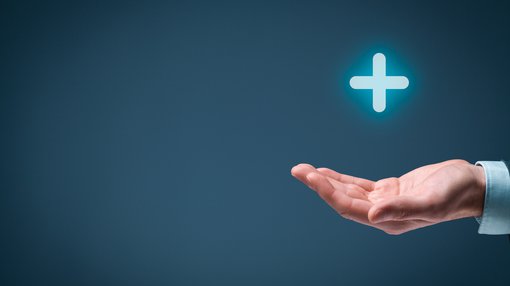 PolarX Limited’s (ASX:PXX) assays from the first diamond hole drilled at the Mars prospect combined with management’s observations regarding styles of mineralisation indicate that these results may be the forerunner to bigger and better things as the company prepares to embark on a comprehensive exploration program in areas adjacent to the drill hole.

The Mars and Saturn porphyry targets occur in the Stellar Project, which is the area subject to the strategic partnership with global mining group, Lundin Mining Corporation.

Mineralised porphyry-style veins occur from within 6 metres of the surface to the end of the hole at 417 metres down-hole depth.

Six phases of veining have been identified, four of which contained copper mineralisation and two of these also contained molybdenum.

As indicated below, Mars occurs at the western end of a 12 kilometre long mineralised corridor which also hosts the high-grade Zackly copper-gold skarn and, at the eastern end, the Saturn porphyry target. 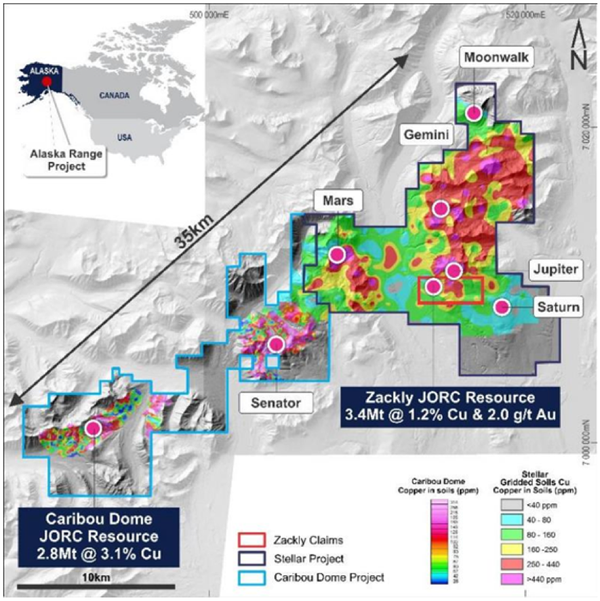 Assay results from the first diamond drill hole at the Mars prospect confirmed the discovery of porphyry-style copper-gold-molybdenum mineralisation.

Follow-up drilling should be even better

Assay results from the first diamond drill hole at the Mars prospect which remains open, confirmed the discovery of porphyry-style copper-gold-molybdenum mineralisation.

Pointing to the fact that PolarX has only dipped its toe in the water, the lack of pervasive potassic alteration in the mineralised intersections suggests this is not in the hottest core of the system where the highest grades are often located.

Importantly, the hole ended in mineralisation, indicating the potential for follow-up drilling to identify the potentially higher grade core of the system.

Providing further encouragement was the extensive width of the intersection which as indicated below exceeded 102 metres.

Management also highlighted that the mineralisation intensity broadly increased with downhole depth, but quite noticeably increased between 321 metres to end of hole.

From a broader perspective, the copper-gold-molybdenum mineralisation at Mars reaffirms the prospectivity of the entire 12 kilometre length of the Mars-Zachary-Saturn corridor for porphyry deposits.

Discussing the significance of these results and other recently received data that will impact the company’s exploration strategy in 2019/2020, PolarX managing director Frazer Tabeart said, “Assays confirming the presence of significant copper and gold in porphyry-style veining from 308 metres to 410 metres depth at Mars are extremely promising.

‘’The alteration minerals indicate that this hole is not the best part of the system but may be close.

‘’When coupled with the size and nature of the surface geochemical and geophysical anomalies, the assays confirm our view that a very large mineralised system may be present.

‘’A significant drilling program is being planned to follow-up this target.

‘’These results also confirm that the entire 12 kilometre length of the Mars-Zackly-Saturn corridor is prospective for porphyry style mineralisation.

‘’The recently acquired gravity data at Saturn highlights a large target immediately south of our drilling.

‘’The alteration zoning and geology in the Saturn drill holes again support our view that the gravity anomaly represents an intrusive (possibly porphyry) centre, which also requires further drilling to complete our first pass evaluation.”

This is supported by recently completed gravity survey at Saturn which validates target to the immediate south. 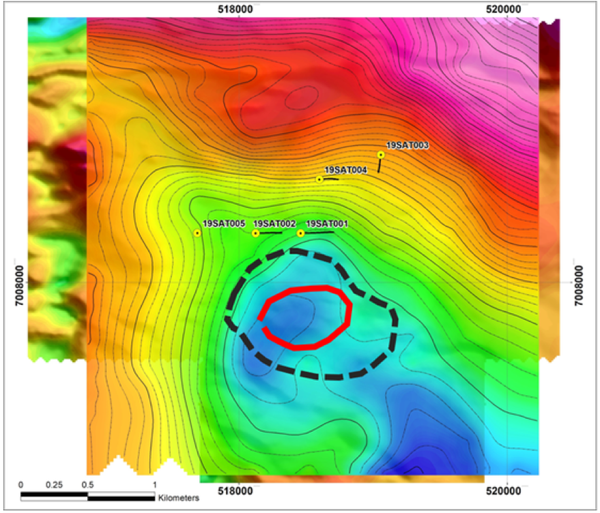 Saturn Bouguer Gravity image (SG 2.77) showing drill hole collars and traces and the outline of a prominent magnetic anomaly in the southern part of Saturn.