The struggle for lithium market dominance is intensifying with growing numbers of lithium explorers attempting to satiate the growing demand for battery-grade lithium carbonate.

However, close to the scene of Tesla’s highly-acclaimed Gigafactory in Nevada, a lithium power play is in the offing for American Pacific Borate & Lithium (ASX:ABR).

Listed on the ASX in July, ABR, which is a junior borates explorer, yesterday announced substantiated results indicating the genuine likelihood of lithium being viably produced from ‘lithium-enriched brines’, known as ‘colemanite’.

As a priority, ABR has completed two initial drill-holes at its flagship Fort Cady Project and reports it detected ‘elevated levels of both boron and lithium’. Three drill rigs are operating on site at Fort Cady, with a fourth expected to be brought online in early October. 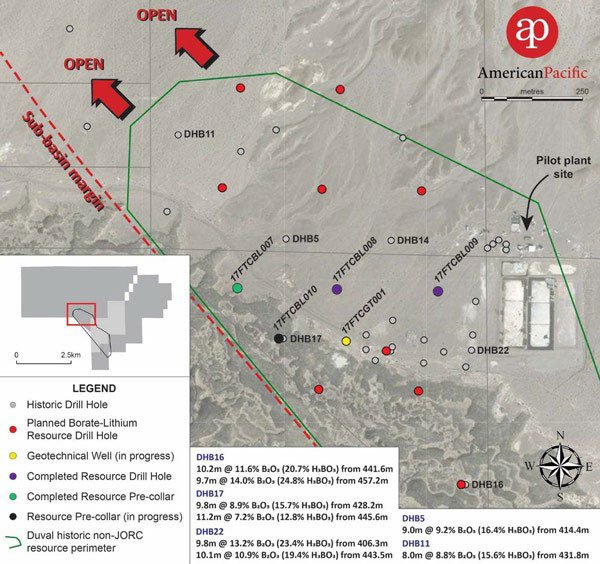 Following the discovery, ABR is now prioritising metallurgical testwork to be fast-tracked, to determine optimal and most cost-friendly extraction options.

ABR says that the preliminary results it has collated so far, will be crucial for a considerably larger test work program, leading into pilot-scale test works in the first quarter of 2018.

ABR Managing Director and CEO Michael Schlumpberger said, “We are excited with visual identification of mineralisation and the LIBS results from the first two drill holes. We appear to have encountered higher levels of lithium than initially anticipated, which has given us the confidence to fast track metallurgical test work.” 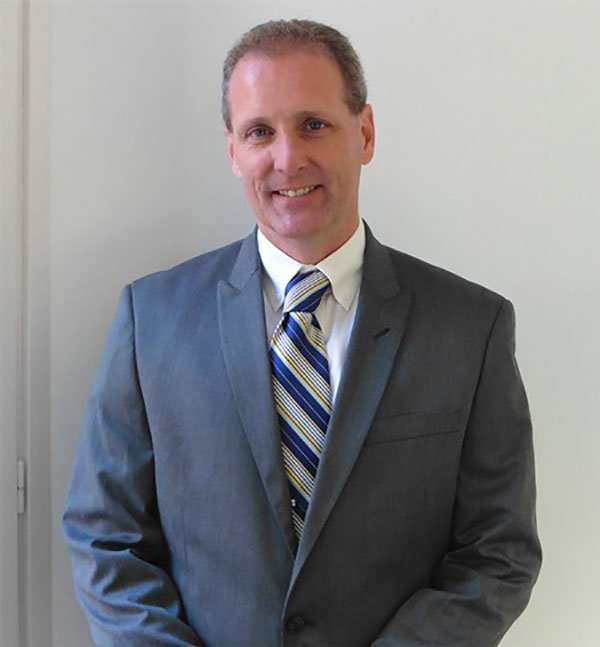 ABR is confident it can progress Fort Cady to ‘construction-ready status’ given the extensive amount of historical drilling already one and in excess of $10 million being spent on the project since the 1980’s, for the purpose of feasibility studies. According to ABR, 33 resource drill holes and 17 injection and production wells were previously completed. The aim is to produce both high-grade boric acid and high-grade lithium from the same ore body.

Borates are used in more than 300 applications with 75% going into borosilicate glass, fibreglass, frits/ceramics, agriculture & detergents

Current market size is around 2.2Mtpa3 B2O3 with an expected five year compound annual growth rate of greater than five per cent. 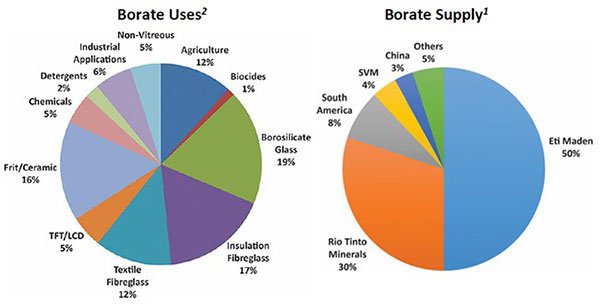