Having acquired a highly sought-after asset in California earlier this year, American Pacific (ASX:ABR) has begun proving up its acquisition through early sampling and testworks at its Fort Cady Project — with a near-term Feasibility Study target of mid-2018 already set.

ABR is seeking to develop a dual-commodity project in California, producing boric acid and lithium in both commercial grades and quantities, according to early test results published today.

A total of five hydrochloric acid leach tests were performed on a five kilogram representative sample of core containing 6.2% B2O3 (11% H3BO3) and 505 ppm lithium. The tests lasted six hours and used different temperatures and different acid amounts to test recoveries of both lithium and boron. The first test used a 50°C fluid and maintained a pH of 0.5 for a period of six hours; generating 98.5% boron and 48.3% lithium recovery.

The 505ppm lithium is particularly significant when compared to other lithium brine producers such as SQM and Pure Energy, who are typically able to generate around 100-200ppm in each their respective Projects. 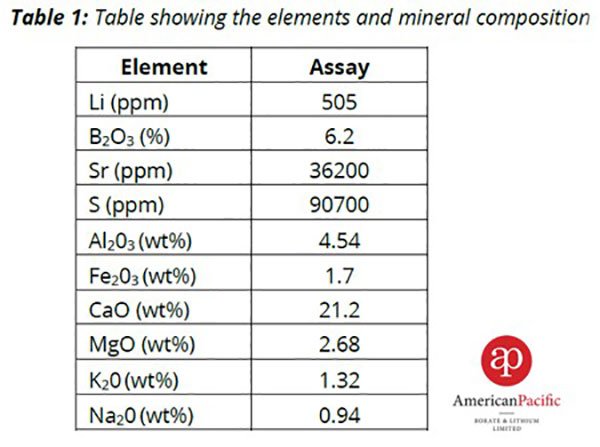 Fort Cady current program hole locations and status as below: 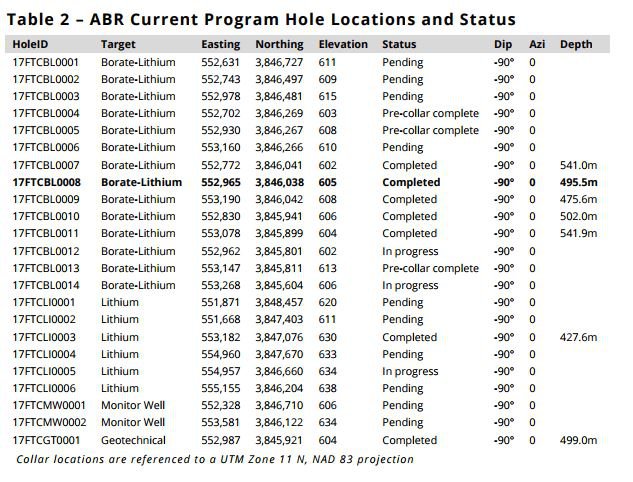 Positive metallurgical results at an early stage improve the likelihood of ABR developing an economically viable Project, able to beat its nearest peers on cost, grade and quantity in boric acid. ABR wants to go one better by supplementing its known boric acid asset with a workable lithium-brine project.

It should be noted here that ABR is still in its early stages here and investors should seek professional financial advice if considering this stock for their portfolio.

As part of its lithium processing research and development, ABR has appointed The Saskatchewan Research Council (SRC) to complete a colemanite ore leaching test program for ABR’s Fort Cady Project. The purpose of the testing program was to investigate lithium extraction potential by HCl leach at various conditions.

A total of five HCl acid leach tests were performed on ABR’s composite sample at various conditions, with averages charted below. 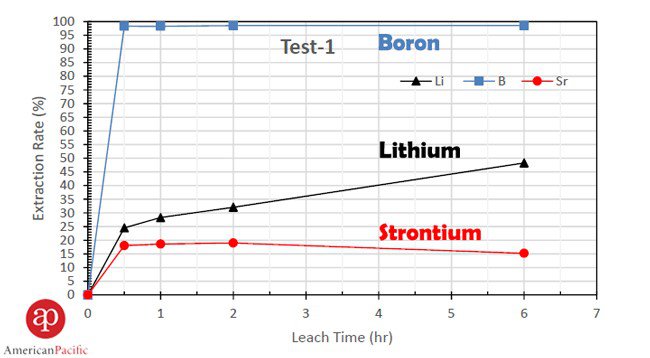 It would seem ABR is keen to make early progress at Fort Cady, with strong margins a clear early target. “The excellent boron recoveries are particularly pleasing given we believe we are first and foremost a compelling boric acid project with a low capex target and likely high margins. Our lithium by-product project also looks compelling”, says ABR Managing Director & CEO Michael Schlumpberger.

“The addition of lithium enriched brines into the make-up solution should only increase our lithium by-product production. The initial testworks have helped inform our pilot plant test program that we expect to commence early in the new year.”

Given ABR’s swift ASX-listing and subsequent progress as a small-cap company, Finfeed.com reached out to ABR Executive Director Anthony Hall for an exclusive interview, to be published later this week.