The Peteku prospect is approximately four kilometres south-west of Kebigada gold deposit within Exploration Permit PE5046, and it is currently an active artisanal gold mining site.

The Peteku pit is located within granite and mafic volcanic rocks, and the primary target for the artisanal miners is oxide gold hosted by quartz veins.

The Peteku quartz veins and structures strike east-west and dip steeply to the north.

The artisanal gold mining site includes a pit with a perimeter of approximately 50 metres by 40 metres and a depth of 20 metres.

As indicated below, reverse circulation holes PTRC001 to PTRC004 were completed at depths of between 77 metres and 120 metres, and it is a positive sign that all have successfully identified near surface gold mineralisation below a regional gold in soil anomaly. 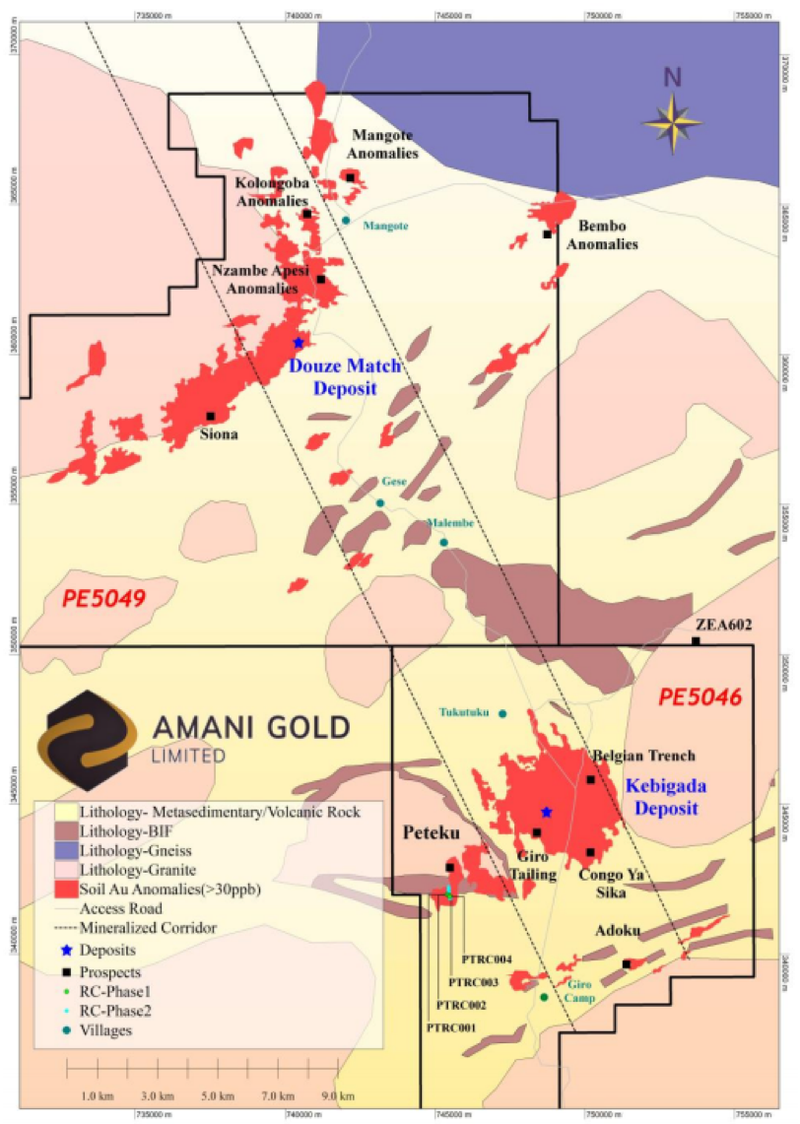 The styles of alteration and sulphide mineralisation of mafic volcanic and quartz veins identified to date are typically good indicators of gold mineralisation at Giro, specifically the Kebigada deposit.

Similar grades and widths were encountered at PTRC002, while PTRC001 featured a broad assay result of 8 metres at 1.2 g/t gold from 63 metres.

As significant gold mineralisation has been intersected in these initial four drill holes, a further drilling program of approximately 10 reverse circulation holes, each nominally 150 metres in length is planned.

This drilling will target mineralisation along strike and deeper below the Peteku open pit.

Deeper drilling could be rewarded as drilling to date has yielded high-grade mineralisation at depth as shown below. 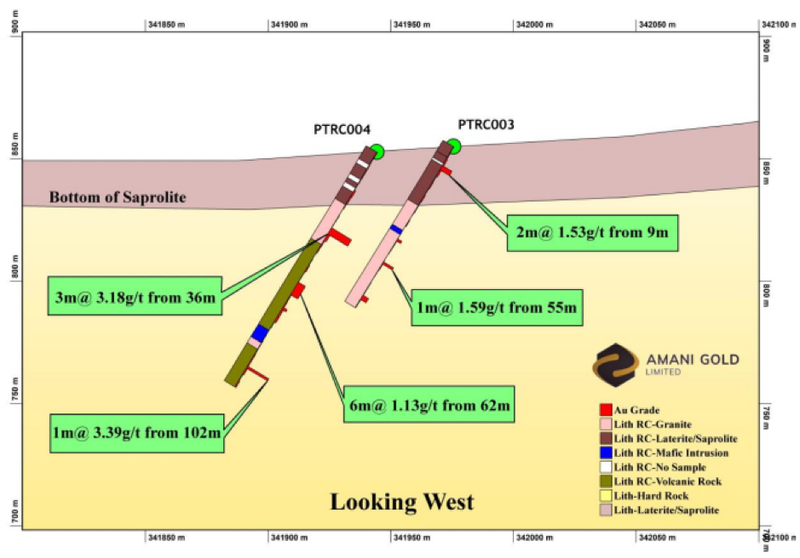