The Kebigada deposit is one of two exploration permits at the Giro Gold Project — with Douze Match — that covers 497km2 and lies within the Kilo-Moto Belt of the Democratic Republic of Congo (DRC).

This is a significant under-explored greenstone belt which hosts Barrick Gold/Randgold Resources’ 16 million-ounce Kibali group of deposits located 35km from Giro. The project area is underlain by highly prospective volcano-sedimentary lithologies in a similar structural and lithological setting as the Kibali gold deposits. 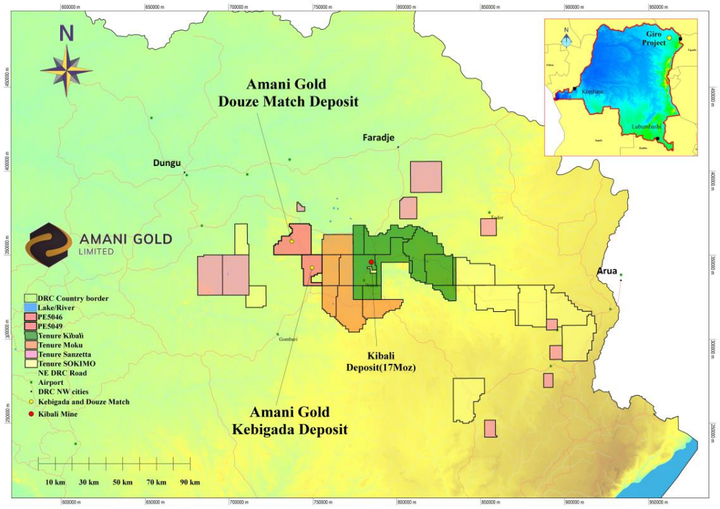 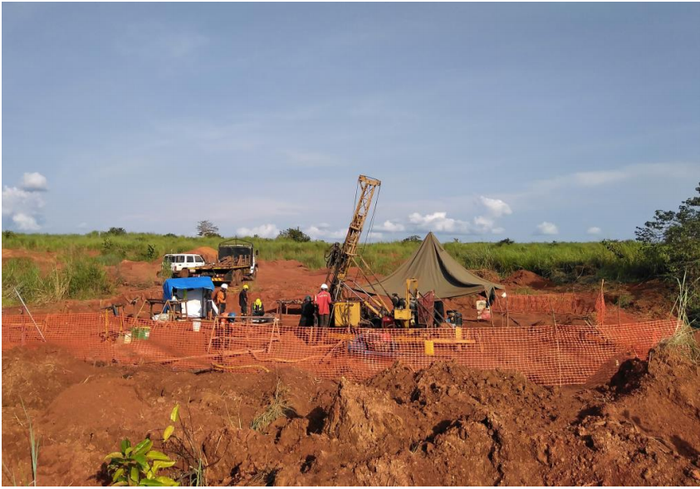 If Amani determines that significant gold mineralisation has been intersected in Priority One holes, Phase Two drilling may comprise a further four core holes, each 500m in length. 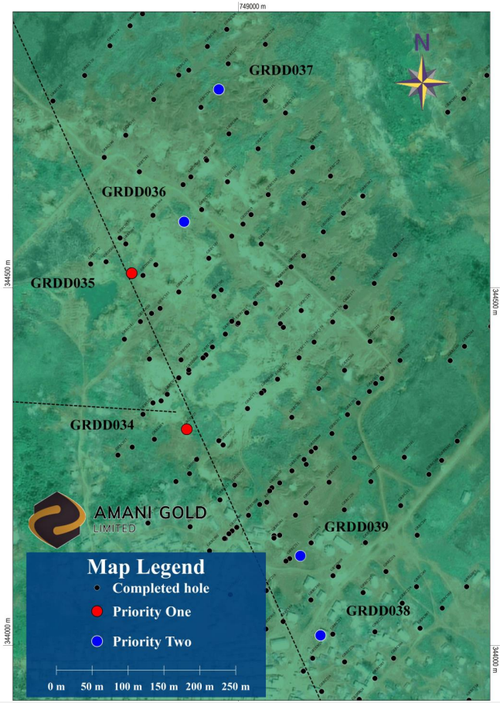 Also typical of the Kebigada gold deposit is that consistently mineralised intervals are separated by narrow non-mineralised zones with weak sulphidation and/or barren mafic dykes varying in width between 0.2m and 4.0m. This is based on a visual review and interpretation and the actual assessment may vary from initial interpretation.

Review of cut core of GRDD032 and GRDD035 indicate lithological continuity and style of mineralisation.

Drillhole GRDD035 has intersected sulphide mineralisation in the form of dissemination, quartz/pyrite and pyrite veins and thin pyrite stringers all of which may be associated with gold mineralisation.