Having appointed Greg Hall as Acting CEO effective 1 April 2018, Alligator Energy (ASX:AGE) is now primed to push forward with its exploration work at its cobalt nickel play in Northern Italy, whilst maintaining its uranium projects in the Alligator Rivers Uranium Province.

Hall is currently a non-executive director of Alligator Energy and has agreed to assume the role as CEO on a part-time basis.

“The Company is excited to be able to secure Greg’s services in an executive capacity given his extensive knowledge and experience in both the uranium sector as well as energy minerals including nickel,” Alligator Executive Chairman, John Main commented.

“Greg was actively involved in the investor presentations associated with the Company’s recent share placement and we look forward to him being able to build and extend the relationships formed with key shareholders and investors.”

Hall will be tasked with early on-ground exploration and drilling at the Company’s newly acquired tenements in Piedmont, northern Italy and will oversee preparation for near term work on AGE’s two high quality and advanced uranium targets in the Alligator Rivers Uranium Province (ARUP) in the Northern Territory.

In February, AGE announced it had signed a binding Heads of Agreement with Chris Reindler and Partners (CRP) to earn up to a 70% interest in the Piedmont cobalt nickel copper project in Northern Italy.

The company is in its early stages and investors should seek professional financial advice if considering this stock for their portfolio.

The company sees the Piedmont acquisition as an outstanding opportunity that contains walk-up geophysical targets in close proximity to historical mines at a time when energy minerals are in high demand. Ford is spending US$11 billion on electrified vehicles through to 2022, as Telsa continues to change public attitudes towards energy management. 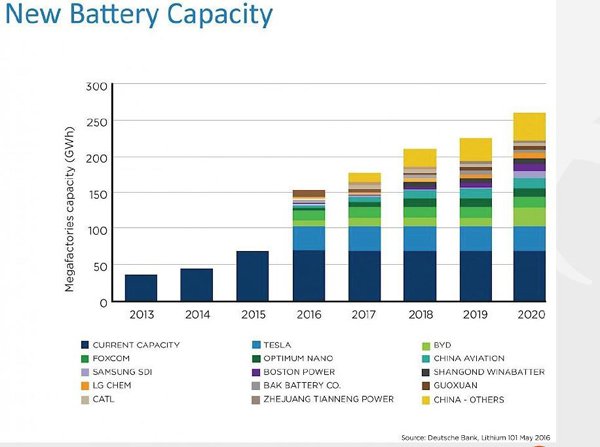 Uranium also on the march

Hall will be tasked with preparing for near term work on AGE’s two high quality, advanced uranium targets within ARUP, as well as consolidating and enhancing the high quality landholdings.

He will also continue ongoing relationships with indigenous groups in Arnhem Land with whom AGE has had longstanding and beneficial relationships.

The ARUP is an under-explored, high grade uranium province which hosts several world class, high grade uranium deposits, including the Ranger No 1 and No 3 deposits which have to date produced over 300Mlb of U3O8 for export and the Jabiluka deposit, which is one of the world’s largest uranium deposits, having a resource in excess of 300Mlb U3O8 at grades of 0.5% U3O8.

The Province has benefited from uranium mining for over 30 years and has an established regulatory framework which offers a high degree of certainty for business and stakeholders.