Aldoro Resources Limited (ASX:ARN) is proposing a non-standard partial spin out and initial public offering (IPO) of its wholly owned subsidiary Aurum that will assist in creating both a focused battery metals group and a separate entity that will be able to fast track and maximise value from the group’s highly prospective gold assets, notably the Penny South, Ryans Find and Unaly South projects.

Aurum will raise up to $5 million to fund exploration programs on the projects and Aldoro shareholders will hold priority entitlement right to subscribe to Aurum’s IPO.

A key takeaway is that the listing enterprise value of $1.2 million before costs provides unprecedented leverage to the Youanmi and Mt Dimmer gold fairways, comparing favourably with listed peers who have recently undertaken successful gold drilling programs.

Aldoro will retain approximately 16.67% of Aurum in addition to receiving reimbursement of past costs, delivering increased shareholder value for Aldoro shareholders.

With regard to Aldoro’s operations, it will maintain an EV metal heading and focus on exploring its highly prospective Narndee Nickel-PGE and Windimurra Lithium projects.

Importantly, Aldoro’s capital structure will not be impacted by the proposed spin out.

Fair value should now be attributed to diversified assets

This appears to be an astute move by management as multi-commodity companies often struggle to be fairly valued as investors prefer to focus on one particular commodity with a reluctance to attribute fair value to associated assets, resulting in a sometimes heavily discounted ‘’sum of the parts’’ valuation.

The spin out and related IPO will facilitate the fast-tracking of exploration and possible development of the Penny South Gold Project, the Ryans Find Project and the Unaly Hill South Project.

With Aurum solely focused on development of the projects, Aldoro will concentrate on exploring its highly prospective Narndee and Windimurra projects, including the upcoming maiden drilling program announced earlier in the month. 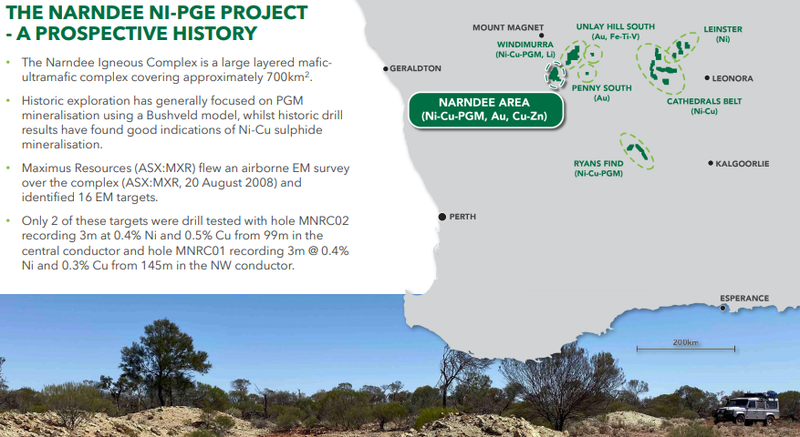 As a result, Aldoro will not be required by ASX to convene a meeting of shareholders to seek approval for the spin-out.

Aldoro Executive Chairman Mr Joshua Letcher discussed the company’s decision, particularly focusing on shareholder value issues, while underlining that it had examined acquisition proposals in saying, “The Aldoro board carefully considered all available options to appropriately recognise the value of its gold exploration portfolio following a number of unsolicited approaches.

‘’We resolved that the most value accretive way to recognise the inherent value in the gold portfolio for the company together with its shareholders was via a priority IPO spin-off into what is arguably the most leveraged WA gold exploration play to be listed on the ASX, particularly given the absence of seed and pre-ipo dilution normally found in similar offerings.

“In its effort to maximise shareholder value via the priority spin-off, the resultant Aldoro company structure will be well positioned to benefit from the continued groundswell of the EV thematic.

‘’Aldoro will benefit from the sharpened focus on the Narndee Nickel-PGE Project where drilling is expected to commence next month in addition to the work taking place on the Windimurra lithium project where we have been particularly busy with the assistance of our technical advisors.”

On completion of the IPO, Aurum will own 100% of the projects and is currently a wholly-owned subsidiary of Aldoro.

By way of background, the Penny South Gold Project is located within E57/1045 in the Youanmi Gold District. E57/1045 is owned 100% by Altilium Metals Pty Ltd (a 100% owned subsidiary of Aldoro) and is in good standing.

The project area contains over 2.5 kilometres strike extension of the Penny West Shear, which hosts the historic high-grade Penny West Gold Mine.

Historic drilling within tenement E57/1045 has encountered various anomalous intersections of gold mineralisation, the three best being 2 metres at 33.98 g/t gold, 6 metres at 1.27 g/t gold and 5 metres at 1.11g/t gold.

The Ryans Find Project (E16/489, ELA16/551, ELA77/2502 and ELA77/2535) is 100 kilometres north-west of Southern Cross with exploration to date focused on the nickel-cobalt potential of ultramafic rocks within the Watt Hills greenstone belt.

Following a review of Aldoro’s exploration portfolio, the focus is now on the gold potential of the Ryans Find Project area, with in excess of 50 kilometres of strike length of relatively underexplored greenstone belt, bookended by historic gold mines and workings.

An application has been made for additional tenement area ELA16/551.

Recent transactions and increased interest around Mt Dimer, with Twenty-Seven Co’s (ASX:TSC) purchase of the historic Taipan Mine for up to $1.65 million cash and $1.5m cash/stock and Aurumin’s successful $7 million capital raising for its upcoming IPO.

Aurum will actively pursue the grant of tenements ELA77/2520, ELA77/2535 and ELA16/551 with a gold-focused exploration program prepared and ready to commence as soon as that occurs.

During the last quarter, Aldoro completed a 3,422 metre, 56-hole AC drilling program at the project.

Holes were generally drilled to blade refusal, with an average depth of 61 metres and a maximum depth of 102 metres, due to an increased weathering profile in some areas. 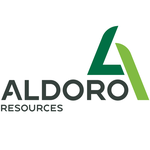